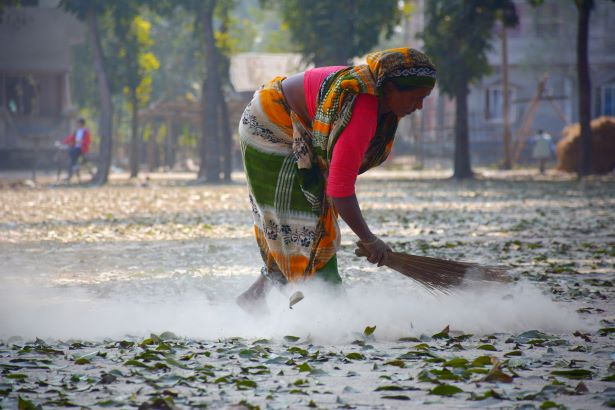 While life today is better for a 15-year-old girl in a developing world, she will nonetheless have to keep fighting against tremendous odds because progress made in the last 25 years “though important, has been incremental, uneven and insufficient,” says a new report launched by UN Women March 8, International Women’s Day.

Progress made since the Beijing Platform for Action was enacted in 1995 are threatened by growing economic inequality, complex, protracted conflict and humanitarian crises, and climate change – which disproportionately affects women and children –says the report, Women’s Rights in Review 25 years after Beijing.

Compared to previous generations, today’s 15-year-old is “much less likely to live in extreme poverty, and has a better chance of growing up healthy and nourished,” says the report. Shifts in laws and policies have also made her more likely to finish primary school and less likely to marry young.

However, the world has also seen “powerful pushback, with damaging reversals of hard-won advances in women’s rights and the broader development agenda,” warns the report. It notes that women and girls still suffer from poverty, discrimination and violence, and “under-representation in power and decision-making is still the norm.”

Although a billion people have been lifted from extreme poverty since 1990, “poverty still has a female face,” it notes.

The number of out-of-school children at primary and lower secondary levels has nearly halved since 1996, but 32 million girls of primary age are still out of school, it adds.

Over the past decade, 131 countries enacted 274 legal and regulatory forms supporting gender equality, the report says. And yet, it notes that:

The digital age also “opened up a new front in gender-based violence,” the report says, citing that in the European Union, 1 in 10 women report having experienced cyber harassment since the age of 15.

The report laments women’s lack of representation in the news media, citing statistics from WACC’s Global Media Monitoring Project. “Globally, only 1 in 3 reporters is a woman,” it says, noting that “the over-representation of men in the media plays a critical role in perpetuating harmful gender stereotypes.

Where women and girls are today “falls short of the vision” of the Beijing Declaration, states the report. “We don’t have an equal world now, but we are determined to have one, and we won’t stop until we get there.”

A lot will depend on how the global community acts, says the report, noting that, “the percentage of development resources devoted specifically to gender equality typically languishes at less than 5 per cent.” The problem is not a lack of resources, it says, citing that annual military expenditure has reached US$1.82 trillion.

While governments approved the Beijing Declaration, no resources were allocated to implement them, Phumzile Mlambo-Nguka, UN Undersecretary General and Executive Director of UN Women, told the 64th session of the Commission on the Status of Women March 9. Only one third of countries with gender equality plans are funded.

The report also notes that the gains for development “have not been shared equally.” Since the 1980s, the world’s top 1 per cent of earners “have captured twice as much of the growth in global income as the 50 per cent poorest individuals.”

Governments have also taken fiscal austerity measures that affect essential public services, which low-income women rely on. “The new wave of public spending cuts, which will be implemented in 126 countries by 2021, will hit health care, education and social protection, the very policies that have underpinned the progress seen since Beijing,” says the report.

The poorest and most marginalized women and girls contribute the least to environmental degradation, but they are already “the most affected,” says the report.

Exclusionary politics, characterized by misogyny and xenophobia are on the rise, the report warns. “Women’s rights are being eroded in the name of a return to ‘traditional values’, and the institutions created to advance gender equality are being undermined.”

Women’s organizations are finding “it increasingly difficult to do their work where space for civil society is squeezed and funding is scarce,” it adds.

UN Women said 170 countries contributed to the report, which “draws on the most comprehensive and participatory stock-taking exercise ever undertaken on women’s rights,” since the Beijing Declaration. –– by Marites Sison

Photo above: Women and girls still suffer from poverty, discrimination and violence, and “under-representation in power and decision-making is still the norm,” says a 2020 report by UN Women released on International Women’s Day, March 9. By Shihab Hossain/Unsplash