Posted at 22:12h in WACC North America by wacc_kn 0 Comments 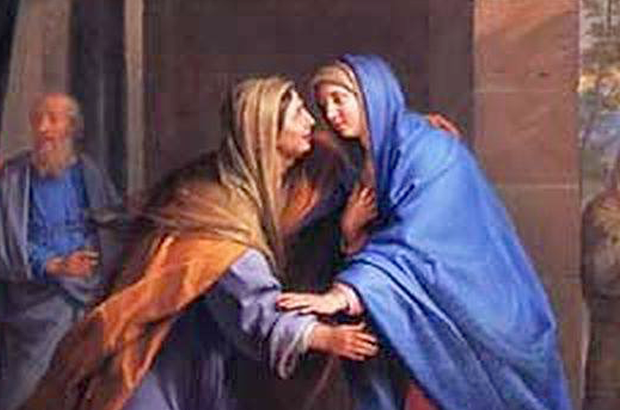 This timeless story of the role of women in the Christmas event is also a story on   communication as mission. This is a story about God becoming Word and moving into our midst. “The Word became flesh and blood, and moved into the neighborhood” (John 1: 14The Message).  There is something incredible about the speed in which Mary, the embodied bearer of the message, runs to her older cousin Elizabeth’s house. Mary runs alone in haste to deliver the message that Angel Gabriel has announced to her that she will bear Jesus, the messiah. Mary has already said “yes” to be the bodily bearer of this message: Birthing the Word and bearing the message.

In the grip of a fearless vision

Being the birther and bearer of the embodied word is an incredible vocation. A key image in this story is Mary running alone in hasteto Elizabeth’s house in order to deliver this message. Another key image is Mary breaking forth into a song, a vision of an alternative world, a world of justice and peace, restoration and human flourishing. Metaphorically, Mary is standing on the shoulders of her spiritual foremothers, especially Miriam and Hannah, while singing aloud this vision, over and against the ground-realities of her times: an oppressed womanhood in an oppressing political system. A world where God brings down the powerful from their thrones and lifts up the lowly; where the hungry are filled with good things, and the rich sent are sent away empty (Luke 51-53). Miriam, the sister of Moses, sings of a similar vision of redemption and dances to its tune leading others as well (Exodus 15: 20-21). Hannah, too, lifts up the in-breaking of a new world in I Samuel 2:1-10. The sung vision of Mary, built on that of her forebears, is a witness to God’s reign on earth.

It is imperative that we reclaim this vision, foretold and foresung by fearless women.

The scripture passage says that Mary stayed with Elizabeth for three months. Mary has said “yes” to be an agent of God-initiated alternative world of shalom. So has Elizabeth, the bearer of John the Baptizer, who is the forerunner and announcer of the in-breaking of the kingdom of God in Jesus. What an amount of conversation must have taken place between these two women! Words wrought with fear as well as laughter.  The original meaning of the word “homily” is “conversation,” “affable” conversation. That is what these two women do.  For three months or so, they remain talking about God’s story.

Global Media Monitoring Project (GMMP) is a social movement which imagines an alternative world, in alignment with God’s kingdom values such as a world of equity, peace, and human flourishing. Gender equity is the main goal of GMMP. Its key objective is to address the complexity of power in gender construction. GMMP serves as a tool that provides data and a big picture of the patterns that shape gender constructs. Men and women committed to this project dare to imagine that an alternative world is possible, if media, one of the key forces that shape reality, are held accountable.

The gender inequality is more evident in the sex of the reporters globally. Though the decade 1995-2005 has shown some slow increase, from 2005-2015, there has been stagnation. Since 2005, the percentage of stories reported by women has stayed the same at 37%. The current global average is a return to 2000, and 2% points below the 1995 findings. Female presenters slightly outnumber men in Asia (58%), the Middle East (57%) and the Pacific regions (52%), while in the rest of the regions the numbers are at or just below parity, apart from North America. In the U.S. overall, the sex of reporters in print, radio, and television is 39% female and 61% male.

Globally, younger presenters on the screen are predominantly female, but the number changes dramatically at 50 years old, when men begin to dominate the news anchor setting. There was near-evenness of presenters in each age bracket documented in 2010, and it has been replaced by an overrepresentation of younger women as anchors, under representation in the 50-64-age category, and complete disappearance of women at 65 years!

Addressing gender inequality means addressing the current unequal systems with a prophetic imagination of an alternative world, and taking daily vigilant efforts in order to translate this vision into an every reality. Mary and Elizabeth, a younger woman and an older woman, pondered anew a new world, and their respective roles in birthing this new order. Advent is a time to ponder anew our roles in replacing the lens that distorts reality and blocks the light that dispels the darkness in our midst, and set out to be agents of change for the flourishing of human lives, full humanity of both men and women, in the name of the one who came to give life in its fullness, even Jesus the Christ.