Africa at War: the Tasks of Peace Journalism
20277
post-template-default,single,single-post,postid-20277,single-format-standard,theme-bridge,bridge-core-3.0.1,woocommerce-no-js,qodef-qi--no-touch,qi-addons-for-elementor-1.5.6,qode-page-transition-enabled,ajax_fade,page_not_loaded,,qode-title-hidden,columns-4,qode-child-theme-ver-1.0.0,qode-theme-ver-29.2,qode-theme-bridge,qode_header_in_grid,qode-wpml-enabled,wpb-js-composer js-comp-ver-6.10.0,vc_responsive,elementor-default,elementor-kit-41156

Posted at 15:18h in Uncategorized by wacc_kn 0 Comments 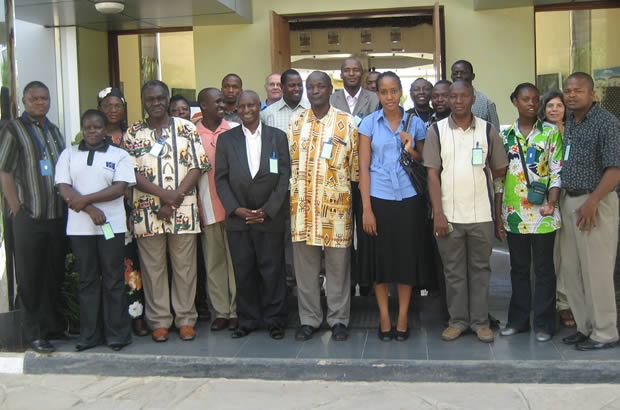 Organised by WACC’s Africa Region and held in Dar es Salaam, Tanzania, this seminar brought together excellent speakers who shared timely and relevant information with participants. Thirty people took part in total, of which 8 were women and 22 were men. Three participants were from the WACCAR Executive Committee and one was a representative from WACC; the remaining 26 participants consisted of a mix of university lecturers and students from journalism schools in East Africa, journalists from print and broadcast media, and communication officers and staff charged with communication duties in Christian organisations. Four East African universities were represented: Daystar University (Kenya), Moi University (Kenya), University of Dar es Salaam (Tanzania), and Makerere University (Uganda). Faith-based organisations that were represented included PHARP, AMACEA, TEC, ELCT-ND, Regional Media Peace Initiative, ACRL and CTP. Secular peace-building organisations were represented by Kenya Journalist Peace Network and the Journalist Environmental Association of Tanzania, as well as some media houses such as the Nation Media Group. The forum was a crucial opportunity provided an opportunity for participants to network with one another, particularly those from the four represented universities. Participants gained an understanding of how to investigate, and report on conflicts and peace initiatives, greater awareness of peace journalism principles and the duties and responsibilities of professional journalists.