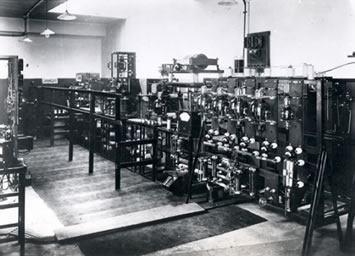 Posted at 17:48h in by Thaís Techemeier 0 Comments

2MT was the first British radio station to make regular entertainment broadcasts and the world’s first regular wireless broadcast. 2LO (left) was the second radio station to regularly broadcast in the United Kingdom. It began transmitting on 11 May 1922, for one hour a day from the seventh floor of Marconi House in London’s Strand. On 14 November 1922 the station was transferred to the new British Broadcasting Company (BBC).