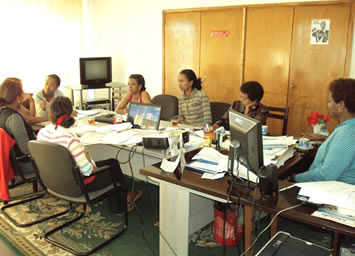 Posted at 20:50h in by Thaís Techemeier 0 Comments

WACC carries out its fourth Global Media Monitoring Project (GMMP) when 1,281 newspapers, television and radio stations are monitored in 108 countries. For the first time Internet news monitoring is introduced on a pilot basis. The study found that only 24% of the people heard or read about in print, radio and television news are female. In contrast, 76% – more than 3 out of 4 – of the people in the news are male.