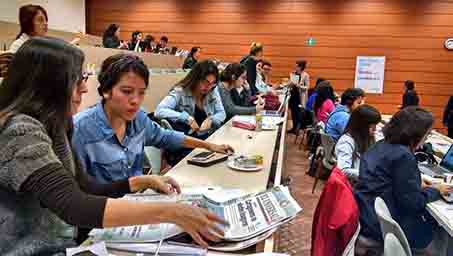 Posted at 20:54h in by Thaís Techemeier 0 Comments

WACC carries out its fifth Global Media Monitoring Project (GMMP) survey aimed at measuring gender equality in the world’s news media. Disappointingly, the study showed that women make up only 24% of the persons heard, read about or seen in newspaper, television and radio news, exactly as they did in 2010.