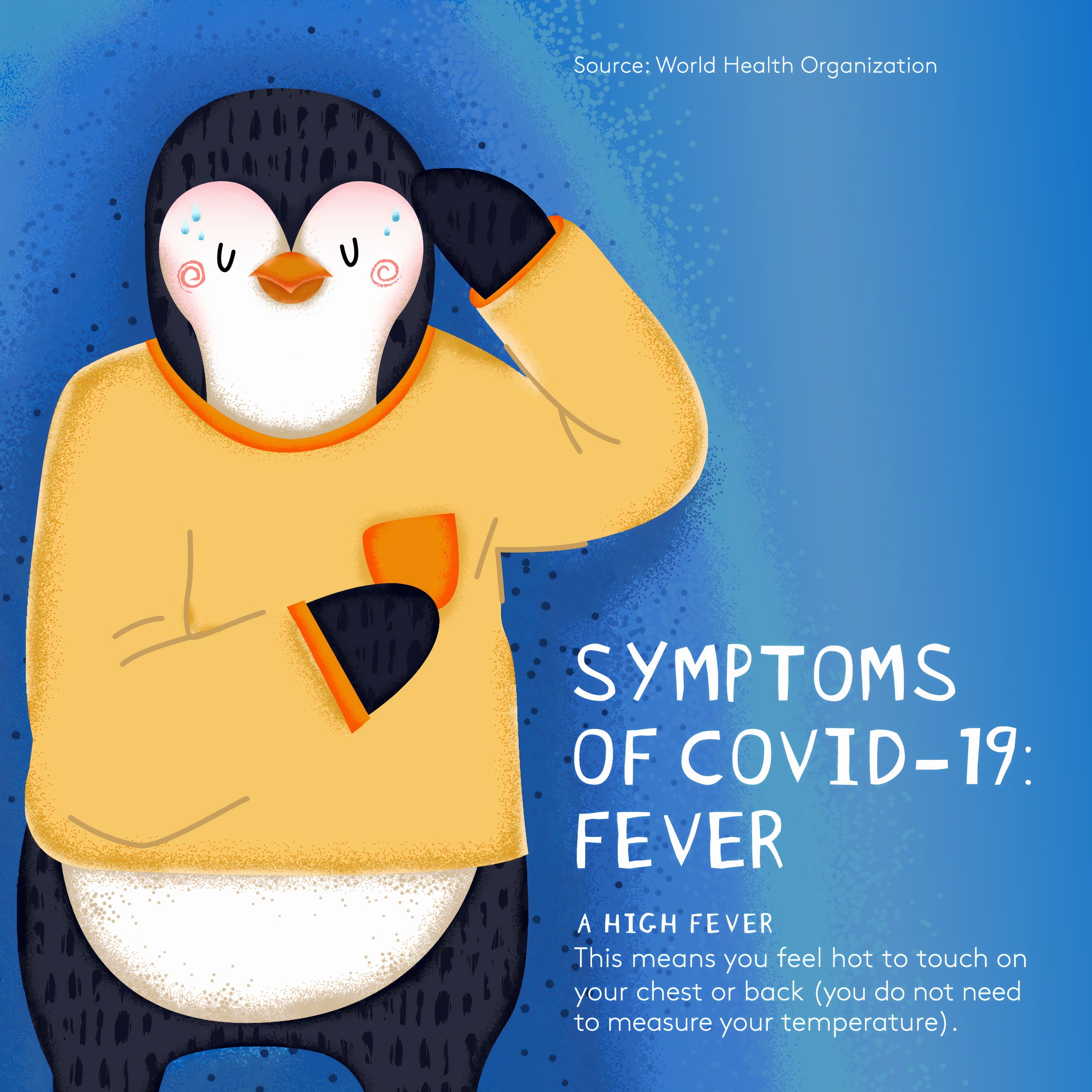 19 Nov 2020 Battling the “pandemic of misinformation”

When a disease outbreak grabs the public’s attention, formal recommendations from medical experts are often muffled by a barrage of half-baked advice, sketchy remedies, and misguided theories that circulate as anxious people rush to understand a new health risk.

The current crisis is no exception. The sudden onset of a new, highly contagious coronavirus has unleashed what U.N. Secretary-General António Guterres called a “pandemic of misinformation”, a phenomenon that has not gone unnoticed as nearly two-thirds of Americans said they have seen news and information about the disease that seemed completely made up, according to a recent Pew Research Center study.

What distinguishes the proliferation of bad information surrounding the current crisis, though, is social media. Kasisomayajula “Vish” Viswanath, Lee Kum Kee Professor of Health Communication at the Harvard T.H. Chan School of Public Health, said the popularity and ubiquity of the various platforms means the public is no longer merely passively consuming inaccuracies and falsehoods. It’s disseminating and even creating them, which is a “very different” dynamic than what took place during prior pandemics MERS and H1N1.

The sheer volume of Covid-19 misinformation and disinformation online is “crowding out” the accurate public health guidance, “making our work a bit more difficult,” he said.

“Misinformation could be an honest mistake or the intentions are not to blatantly mislead people,” like advising others to eat garlic or gargle with salt water as protection against Covid-19, he said. Disinformation campaigns, usually propagated for political gain by state actors, party operatives, or activists, deliberately spread falsehoods or create fake content, like a video purporting to show the Chinese government executing residents in Wuhan with Covid-19 or “Plandemic”, a film claiming the pandemic is a ruse to coerce mass vaccinations, which most major social media platforms recently banned.

In order to be effective, especially during a crisis, public health communicators have to be seen as credible, transparent, and trustworthy. And there, officials are falling short, said Viswanath.

“People are hungry for information, hungry for certitude, and when there is a lack of consensus-oriented information and when everything is being contested in public, that creates confusion among people,” he said.

“When the president says disinfectants … or anti-malaria drugs are one way to treat Covid-19, and other people say, ‘No, that’s not the case,’ the public is hard-pressed to start wondering, ‘If the authorities cannot agree, cannot make up their minds, why should I trust anybody?’”

Mainstream media coverage has added to the problem, analysts say. At many major news outlets, reporters and editors with no medical or public health training were reassigned to cover the unfolding pandemic and are scrambling to get up to speed with complex scientific terminology, methodologies, and research, and then identify, as well as vet, a roster of credible sources. Because many are not yet knowledgeable enough to report critically and authoritatively on the science, they can sometimes lean too heavily on traditional journalism values like balance, novelty, and conflict. In doing so, they lift up outlier and inaccurate counterarguments and hypotheses, unnecessarily muddying the water.

“That’s a huge challenge,” said Ashish Jha, K.T. Li Professor of Global Health and Director of the Harvard Global Health Institute, during an April 24 talk about Covid-19 misinformation hosted by the Technology and Social Change Research Project at the Shorenstein Center for Media, Politics and Public Policy.

“What I have found is a remarkable degree of consensus among people who understand the science of this disease around what the fundamental issues are and then disagreements about trade-offs and policies,” said Jha, who is a frequent commentator on news programs. “The idea of covering the science in a two-sided way on areas where there really isn’t any disagreement has struck me as very, very odd, and it keeps coming up over and over again.”

Then there is the problem of political bias. This has been especially true at right-leaning media outlets, which have largely repeated news angles and viewpoints promoted by the White House and the president on the progress of the pandemic and the efficacy of the administration’s response, boosting unproven Covid-19 treatments and exaggerating the availability of testing and safety equipment and prospects for speedy vaccine development.

Tara Setmayer, a spring 2020 Resident Fellow at the Institute of Politics and former Republican Party communications director, said what’s coming from Fox News and other pro-Trump media goes well beyond misinformation. Whether downplaying the views of government experts on Covid-19’s lethality, blaming China or philanthropist Bill Gates for its spread, or cheering shutdown protests funded by Republican political groups, it’s all part of “an active disinformation campaign,” she said, aimed at deflecting the president’s responsibility as he wages a re-election campaign.

But turning around those who buy into false information is not as simple as piercing epistemic bubbles with facts, said Christopher Robichaud, senior lecturer in ethics and public policy at Harvard Kennedy School (HKS) who teaches the Gen Ed course “Ignorance, Lies, Hogwash and Humbug: The Value of Truth and Knowledge in Democracies.”

Over time, bubble dwellers can become cocooned in a media echo chamber that not only feeds faulty information to audiences, but anticipates criticisms in order to “prebut” potential counterarguments that audience members may encounter from outsiders, much the way cult leaders do.

“It’s not enough to introduce new pieces of evidence. You have to break through their strategies to diminish that counterevidence, and that’s a much harder thing to do than merely exposing people to different perspectives,” he said.

While Facebook, Twitter, and YouTube have all recently ramped up efforts to take down Covid-19 misinformation following public outcry, social media platforms “fall short” when it comes to curbing the flow, said Joan Donovan, who leads the Technology and Social Change Project at HKS.

Since the national shift to remote work, many social media firms are relying more heavily on artificial intelligence to patrol misinformation on their platforms, instead of human moderators, who tend to be more effective, said Donovan. So many users suddenly searching and posting about one specific topic can “signal jam search algorithms, which cannot tell the difference usually between truth and lies.”

These firms are reluctant to spark a regulatory backlash by policing their platforms too tightly and angering one or both political parties. “So they are careful to take action on content that is deemed immediately harmful (like posts that say to drink chemicals), but are reticent to enforce moderation on calls for people to break the stay-at-home orders,” said Donovan.

Viswanath said public health officials cannot, and should not, chase down and debunk every bit of misinformation or conspiracy theory, lest the attention lends them some credence. The public needs to more closely scrutinize and be “much more sceptical” about what they’re reading and hearing, particularly online, and not try to keep up with the very latest Covid-19 research. “You don’t need to know everything,” he said.

Putting the onus entirely on the public, however, is “unfair and it won’t work,” said Viswanath. Institutions, like social media platforms, have to take more responsibility for what’s out there.

Public health organizations should be running effective communication surveillance of social media to monitor which rumours, ideas, and issues most worry the public, what is understood and misunderstood about various diseases and treatments, and what myths are circulating or being actively promoted in the community. And they need to have a strategy in place to counter what they’re picking up. “You cannot control this, but you can at least manage some of this,” Viswanath said.

Though some Covid-19 misinformation and conspiracy theories are outlandish or even dangerously inaccurate, Robichaud said it’s a mistake to dismiss those who believe them as people who don’t care about the truth. Many cognitive biases get in the way of even the best truth-seeking strategies, so perhaps we could all benefit from a little more intellectual humility in this time of such great uncertainty, he said.

“Most of us are, at best, experts in a tiny, tiny area. But we don’t navigate the world as if that were true. We navigate the world as if we’re experts about a whole bunch of things that we’re not,” he said. “A little intellectual humility can go a long way. And I say that as a professor: It’s true of us, and it’s also true of the public at large.”

Reprinted with permission from Harvard Gazette, May 8, 2020. This article forms part of a Coronavirus Update series in which Harvard specialists in epidemiology, infectious disease, economics, politics, and other disciplines offer insights into what the latest developments in the COVID-19 outbreak may bring.