Posted at 12:00h in Awards, Cinema by Staff 0 Comments 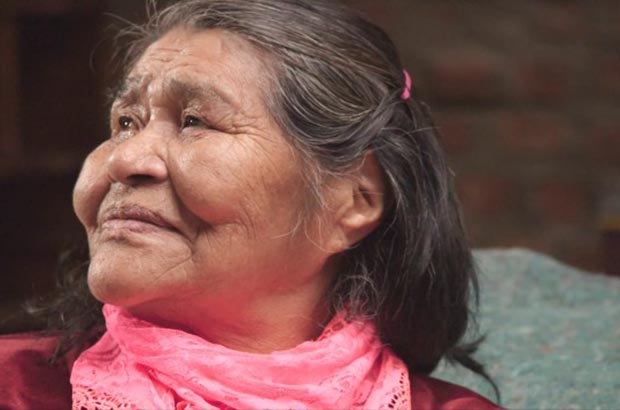 Motivation: Patricio Guzmán’s documentary shows a moving history of the people of Patagonia and Chile reminding us that human suffering and injustice go beyond political and social systems. Using water not only as a symbolic tool but also as a natural element it puts the concrete story of the region’s victims, including precolonial indigenous persons and those who opposed Pinochet’s regime, into the vast perspective of humankind.

In the Panorama, the jury awarded its Prize to Ned Rifle directed by Hal Hartley, USA 2014.

Motivation: The final installment of Hartley’s trilogy, Ned Rifle stands on its own as an engaging study of human nature and religious motives. Lead character Ned Rifle leaves his adoptive religious household when he turns 18 to kill his father in pursuit of his mother’s revenge (the subjects of the two previous films in the trilogy, Henry Fool and Fay Grim). On his journey Ned interacts with the family stalker, his uncle, his mother and his father as he seeks redemption. Beautiful cinematography and an engaging script combine drama, comedy and a keen philosophical exploration of the nature of good and evil.

In the Forum, the jury awarded its Prize to Histoire de Judas directed by Rabah Ameur-Zaïmeche, France 2015.

Motivation: The timeless historical drama about the life of Jesus is told from the perspective of Judas, one of his disciples, who traditionally has been seen as the betrayer of Jesus. In this film he is portrayed like Jesus, a victim of the power and oppression of the Roman rulers. This passion play asks viewers to look beyond prejudices and attempt to understand the life and message of Jesus. With an awareness of current world political events Histoire de Judas makes a strong case for our need to listen to the stories of the marginalized.