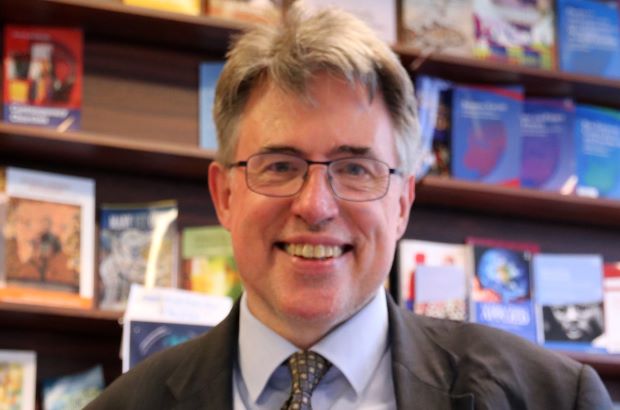 Posted at 09:19h in News, WACC Europe by Staff 0 Comments

Stephen Brown will serve another term as treasurer of WACC.

“WACC plays a vital role in promoting social justice based on everyone’s right to communicate openly and democratically about decisions and events that affect their lives,” said Brown, reacting to his appointment. “I am looking forward to working with WACC directors, members, staff and partners to strengthen WACC’s capacities to respond to this challenge.”

In his statement of interest, Brown said he is “committed to seeing WACC’s finances not only as an administrative requirement but as an essential part of WACC’s mission and strategy.”

Brown has been involved in developing WACC’s strategic planning and vision and has represented the organization at meetings and conferences worldwide. He has served as a member of the steering committee (regional executive) of WACC Europe since 2008, vice-president 2011-2014 and president 2015-2019. He was a member of the organizing committee for the WACC Europe / Signis Europe European festival of religious television, Paris 2017. In 2017, he chaired the steering committee for WACC Europe’s project on Refugees Reporting, organized in conjunction with the Churches’ Committee for Migrants in Europe.

The treasurer is responsible for the financial oversight of WACC and preparation of budgets and financial reports. The treasurer also works with the general secretary and other officers to identify key financial issues to be brought to the attention of the board. With the legal counsel, the treasurer ensures that WACC’s finances are in keeping with relevant charity legislation; liaises with WACC auditors, and works with the board and staff on funding and fundraising strategies.

WACC is an international non-governmental organization that builds on communication rights in order to promote social justice.