Breaking the Ice on Stigma with Church Leaders
20317
post-template-default,single,single-post,postid-20317,single-format-standard,theme-bridge,bridge-core-3.0.1,woocommerce-no-js,qodef-qi--no-touch,qi-addons-for-elementor-1.5.3,qode-page-transition-enabled,ajax_fade,page_not_loaded,,qode-title-hidden,columns-4,qode-child-theme-ver-1.0.0,qode-theme-ver-28.6,qode-theme-bridge,qode_header_in_grid,qode-wpml-enabled,wpb-js-composer js-comp-ver-6.9.0,vc_responsive,elementor-default,elementor-kit-41156

27 Aug 2014 Breaking the Ice on Stigma with Church Leaders

Posted at 12:32h in Uncategorized by wacc_kn 0 Comments 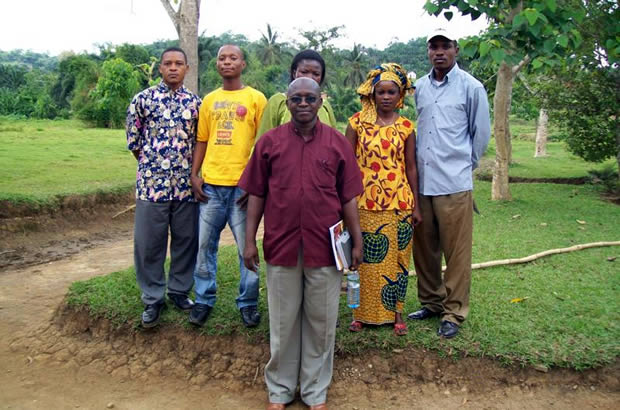 The project by the 18th Communauté Evangelique de l’Alliance au Congo (CEAC) was designed to break the silence on stigma across CEAC’s 680 parishes across the Democratic Republic of Congo. 7600 students and 142 teachers from CEAC’s 53 secondary schools in Kinshasa, Boma, Kinzao-Mvuete, Matadi and other areas gained knowledge through the project’s HIV and AIDS sensitisation campaign. The project produced an innovative cartoon strip booklet on breaking the silence that was used in the sensitisation campaigns in schools. The students continued the campaigns with their families with the help of the booklet, multiplying the impact of the project on their communities. Some illustrative examples of the project’s success include the request by some churches for evening sessions on the campaign be organised for their congregations. A second example from Lemba – one site of the campaign – was the community’s request for the campaign to be aired on the local community radio station that eventually led to a daily evening broadcast.