Bringing Migrants Voices to the Global Forum on Migration and Development
20293
post-template-default,single,single-post,postid-20293,single-format-standard,theme-bridge,bridge-core-3.0.1,woocommerce-no-js,qodef-qi--no-touch,qi-addons-for-elementor-1.5.6,qode-page-transition-enabled,ajax_fade,page_not_loaded,,qode-title-hidden,columns-4,qode-child-theme-ver-1.0.0,qode-theme-ver-29.2,qode-theme-bridge,qode_header_in_grid,qode-wpml-enabled,wpb-js-composer js-comp-ver-6.10.0,vc_responsive,elementor-default,elementor-kit-41156

Posted at 15:00h in Uncategorized by wacc_kn 0 Comments 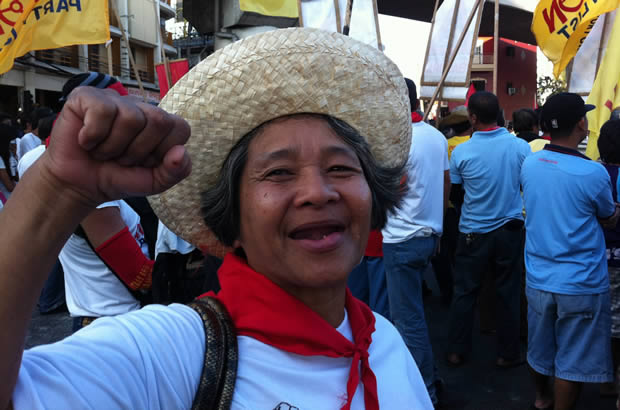 By organising a three day international gathering migrants organisations IBON sought to redress the imbalance in the Global Forum on Migration and Development, a permanent inter-government high level process on migration where the voices of those most concerned by the issue, the migrants themselves, were absent. Delegates from some 152 organizations from 35 countries gathered in the Philippines for the International Assembly of Migrants and Refugees. This assembly strengthened the International Migrants Alliance. Founded in early 2008, the IMA is the first ever global alliance of grass root organisations and institutions working for migrants. A broader advocacy network has been established and migrants rights have been taken up by a myriad organisations, including the Asian Students Association and the World Student Christian Federation. Trade unions in Canada, Australia, Europe and New Zealand have also agreed to take migrants rights as part of their work. Latin American and South African migrants organisations are now part of the network. The alliance is now better able to organise for the next GFMD to ensure that the migrants voices and needs are taken are part of the agenda for the meeting. A higher level of cooperation and coordination between migrants’ organisations and other sectors around the world have crystallized.