Posted at 11:54h in Uncategorized by wacc_kn 0 Comments 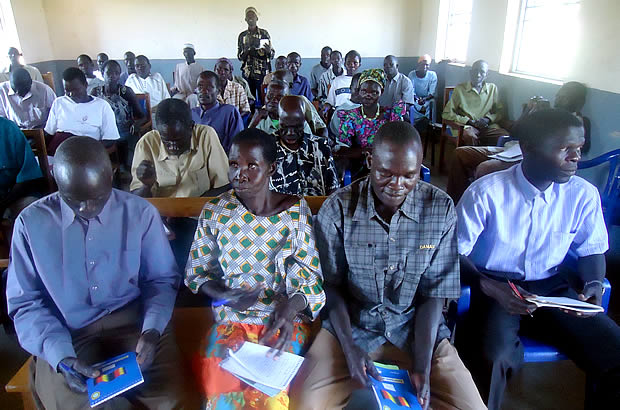 The Great Lakes Center for Conflict Resolution (GLACCR) was founded in 2008 to address the chronic security challenges in Uganda, which is still emerging from two decades of violent armed conflict between the government and the Lord’s Resistance Army. GLACCR carried out a baseline survey to assess needs and expectations conducted at start of the project. Six sensitization meetings were held with sub-county and district leaders followed by 25 community debates took place to provide fora for communities to discuss issues affecting them; 8 radio education programmes were broadcast and 1,492 IEC materials (brochures, t-shirts, posters and flyers) were produced and disseminated. 28 reporters ( 7 female, 21 males) were trained in conflict sensitive reporting and 121 local leaders (75 males, 46 females) were trained in advocacy and lobbying skills. As a result of the project there has been a reduction in conflict incidences in Amuru district. According to reports from police and local leaders, the reduction is due to the increased knowledge and understanding among people about conflict issues and increased willingness of communities to come together and participate in the resolution of conflicts. Many conflicts have been reconciled and people are living in greater peace and harmony. Also communities are voicing the need for basic services delivery especially in health and education, the trained local leaders are increasingly engaging communities in governance and development, and relationships between leaders and communities have improved. Finally, there has been a positive and good trend in reporting on conflict issues. Reporters now report in ways that educate people on conflict issues and try to present balanced views in order to avoid future conflict. 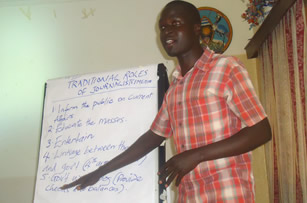 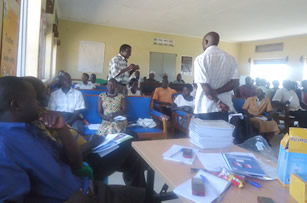