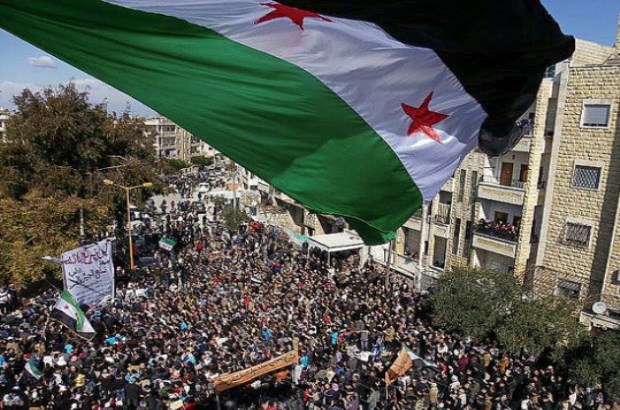 Crowds demonstrating for peace in Syria. Photo: Freedom House/cc by 2.0

Against the background of the Syria peace conference in Geneva, members of the Global Forum for Media Development (GFMD) are calling on all parties to ensure that steps are taken to safeguard media freedom in the country. They urge the development of a free and independent media sector in Syria as an important part of a political settlement to the conflict.

The GFMD is a network of 350 media assistance groups around the world with active membership in some 100 countries. Its members have a common goal: to foster free, professional and plural media leading to more open societies, transparent and accountable government and enhanced freedom of expression.

The World Association for Christian Communication (WACC) supports the call for an end to the atrocious violence in Syria and for democratic reform that leads to genuine participation by all sectors of society in decision-making processes.

At a recent seminar WACC’s Middle East Regional Association underlined the importance of freedom of expression in creating an inclusive, democratic society. WACC’s General Secretary, Rev. Karin Achtelstetter, said “We urge the Syrian government to respect the right to freedom of expression of the people of Syria and to find a peaceful resolution to the conflict.”

The GFMD statement reads as follows:

“International efforts aimed at creating a process towards a political solution to the Syrian conflict must include protection of media freedom and development of a free and independent media sector, living up to professional ethical standards, as fundamental cornerstones in any viable political settlement.

Currently, journalists, media activists and other news providers are directly and deliberately being targeted by multiple parties to the conflict and Syria is currently the world’s most dangerous country for people engaged in media work. As a result, access to reliable information for the Syrian population has been severely constrained.

Developing a free and independent media sector, adhering to professional ethical standards, is dependent on, and essential to, the safeguarding of these rights in Syria. International transitional efforts towards a peaceful settlement of the Syrian crisis should therefore secure that media development, basic media and free expression rights are recognized and integrated in the process from the very outset.


We, the undersigned organizations as members of Global Forum for Media Development (GFMD) and other international media assistance groups, therefore call on all Syrian and international parties engaged in political and transitional talks and processes:

– to demand an immediate release of all journalists and others engaged in media work detained by the regime, ISIS or any other group in violation of their right to freedom of expression.
– to secure an immediate halt to the intimidation, crimes and abuses to foreign and Syrian journalists, media workers, media activists or media organizations, by any group, in any context, and under any pretext.
– to place observance of press freedom, freedom of expression and access to information at the heart of political talks and transitional efforts.
– to assure that the future development of a free, strong and independent media sector are integral to any transitional efforts and political talks.”

The statement was signed by 15 international media assistance NGOs.