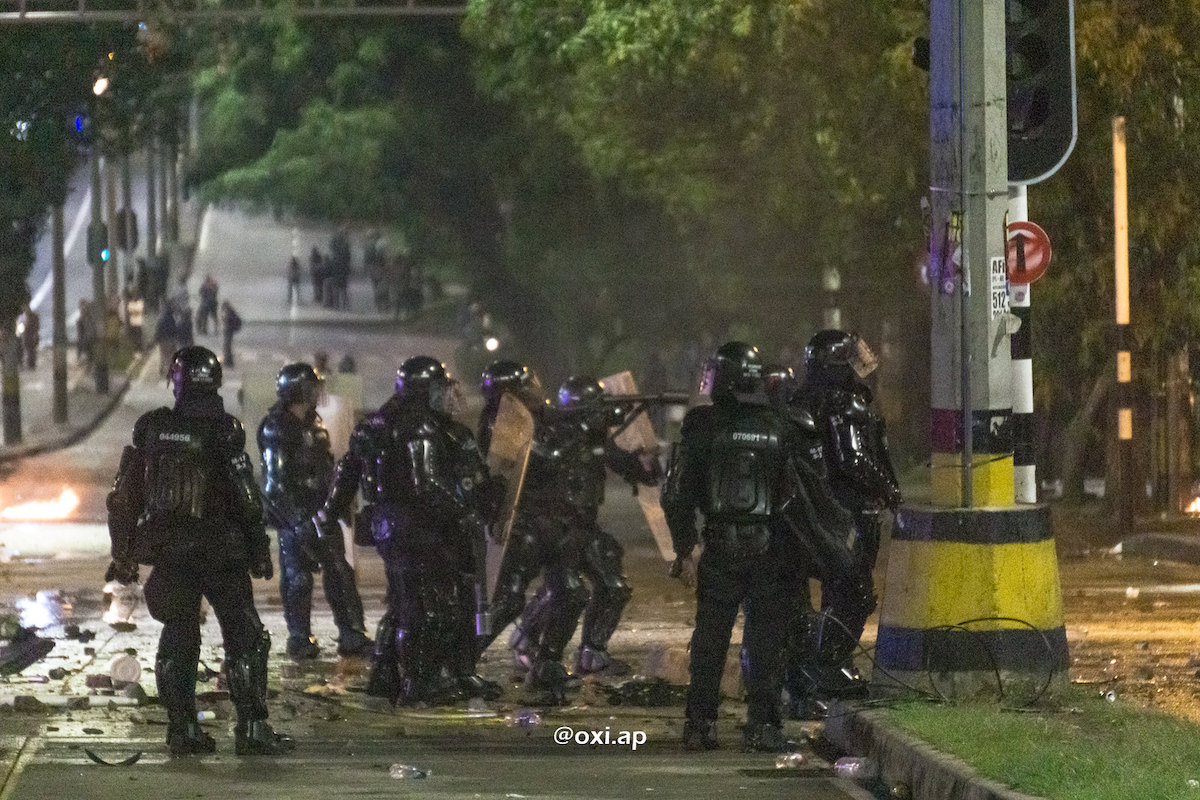 15 Jun 2021 Colombia: Journalists need to be protected when covering protests

Since April 28, Colombia has seen an unprecedented wave of demonstrations against various government policies. What started as a national strike against a tax reform bill led by students and labour unions has developed into an ongoing series of protests.  Most have been peaceful, but some  have resulted in  violent clashes in major cities that have left between 27 (government figure) and 47 (civil society figure) people dead, many allegedly at the hands of police, as well as hundreds of injured and disappeared. Last week, Human Rights Watch said that the number of dead could be as high as 68 across the country[i]. There are also countless reports of attacks on public infrastructure such as police stations, public transit, and government offices.

There are many reasons why people are protesting. Last week, The Guardian published a powerful photo essayprofiling demonstrators across the country who shared the reasons why they were out on the streets.. Some of them include the slow implementation of the 2016 Peace Accords, high unemployment, attacks against environmental activists, affordable access to post-secondary education, and police repression.

Unfortunately, journalists and media workers have also been attacked in recent days. Indigenous communicator Beatriz Cano was attacked and killed in Cauca province on June 4, allegedly in retaliation for  her coverage of demonstrations in Cali and because of her work as a peace activist. French photojournalist Charles Gros-Shelton was attacked while covering the protests on June 5. Even a sports journalist, British reporter Carl Worswick, who was covering the World Cup qualifying match between Colombia and Argentina on June 8, was harassed by the police outside a stadium; he  described his experience as akin to covering a “war zone”. This situation is concerning, especially since Colombia is already a very dangerous place for reporters according to the yearly ranking produced by Journalists Without Borders.

In this context, WACC and its members and partners around the world are calling on the Colombia government to address violence against protesters, and to guarantee fundamental freedoms, including the right to freedom of expression and the right to information. This includes establishing mechanisms to protect journalists reporting on the situation on the ground.

Meanwhile, international pressure on the Colombian government to address system police violence continues to build. Last week, the Inter-American Human Rights Commission conducted a three-day visit to the country to assess the human rights on the ground and are expected to issue a report in the coming days.

Photo above by Oxi.Ap/Flickr: Human Rights Watch has accused police officers in Colombia of being responsible for the deaths of more than 20 people and other violent actions against protesters.