Posted at 12:15h in Uncategorized by wacc_kn 0 Comments

HIV and AIDS, Communication and Stigma 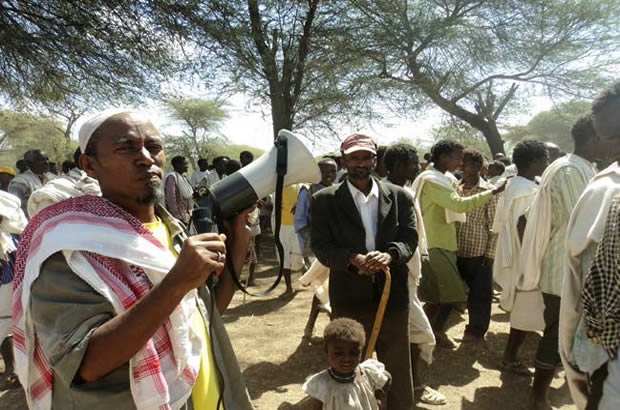 This project by the Rift Valley Initiative for Rural Advancement was designed to combat stigma and discrimination against people living with or affected by HIV and AIDS (PLs) in the pastoralist Fentale district of Ethiopia’s Oromia Region, working primarily with religious, community leaders and PLs. Addressing stigma would also reduce the spread of HIV and reduce prevalence of the virus. The project aimed to equip the community with knowledge and skills to increase their involvement in upholding PLs’ rights to work, interact, share and participate in public life. Community mobilization meetings strengthened the cooperation between the local government departments and community leaders. 200 community members gained accurate knowledge about transmission, prevention and management of HIV and AIDS at two workshops and a 2-day public rally. A public campaign in five villages attracted approximately 110 participants including the influential traditional Gada leaders. 60 Muslim, Christian and Karayu Ituu Gada traditional leaders gained capacity as trainers during a 7-day workshop. They developed action plans to implement in their respective rural associations, churches and mosques and succeeded in convening 36 awareness-raising gatherings in 15 mosques and 5 churches. 5 anti-HIV/AIDS clubs were established, one in each of the 5 target pastoral associations.