Posted at 12:30h in Uncategorized by wacc_kn 0 Comments 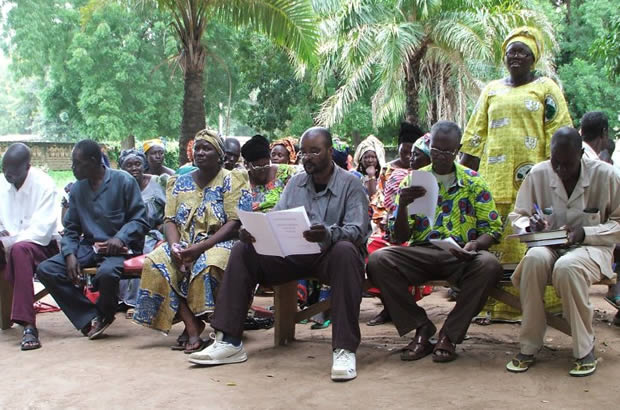 Chad follows the typical pattern of countries in which the subject of ‘HIV and AIDS’ remains taboo for religious leaders. Most leaders are neither well informed nor well trained on HIV and AIDS, including stigma against people living with HIV. The project’s objective was to increase the involvement of churches in Sarh region in combating stigma. It was implemented by Collectif des Associations et Groupements pour le Développement Durable: Espoir Vie Positive, a collective of women, men and people living with HIV and AIDS committed to increase the church’s involvement in the fight against HIV and AIDS. 33 local churches directly participated in the project in which 33 church leaders, 75 women community leaders, congregants living with HIV and AIDS, 72 youth movement leaders from the churches and other church members gained capacity to recognize and counter HIV-related stigma. The participating churches introduced a ten-minute HIV/AIDS information segment into the regular Sunday morning programme. AIDS awareness clubs have been created in 20 churches, and that numerous church attendees volunteered for HIV testing attests to the project’s success in building a real awareness on the imperative to know one’s status. The project’s impact in transforming attitudes was consolidated in a T-shirt campaign, mobile cinema shows and broadcasts on radio Lotiko and radio Sarh.