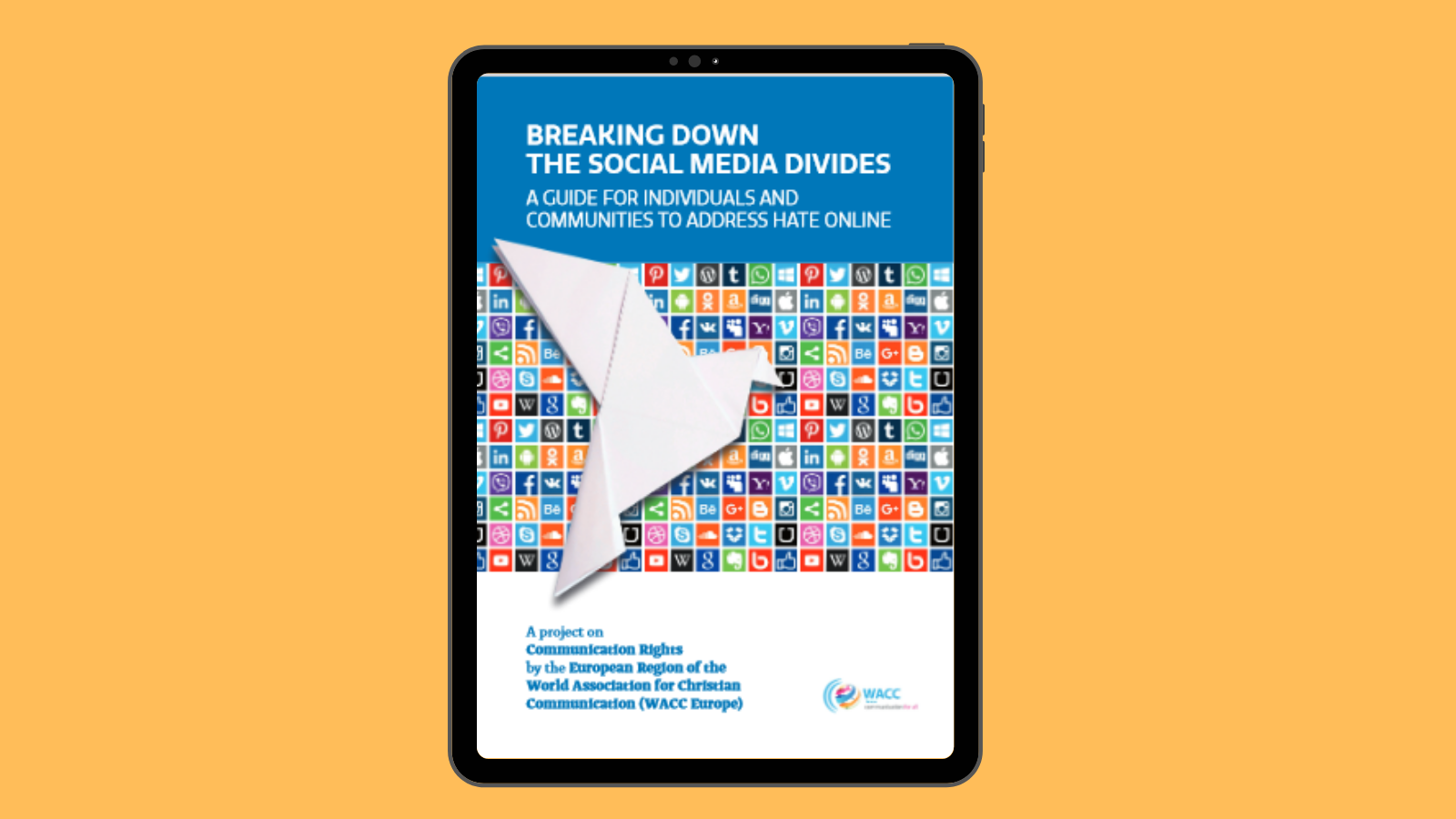 A new report and resource kit to address hateful content online has been published by WACC Europe, the European region of the World Association for Christian Communication.

Titled “Breaking Down the Social Media Divides: A Guide for Individuals and Communities to Address Hate Online,” the report was launched during a webinar on 13 October.

The report offers case studies, tips and strategies, as well as resources for further action and specific examples of how people have responded to hateful online content. It is the result of a one-year project to identify and promote strategies to counter online hate speech.

Stephen Brown, president of WACC Europe, said: “As social media is now a feature of our lives, we need to find ways to break down divides, to build conversation, and to promote diversity and respect online.”

The report can be downloaded here.

“The more we understand about how content is created and shared and how it spreads on the internet, the more we will be able to stop hateful content from spreading,” she said.

There is a need not just for “critical thinking” but also “critical clicking,” she added.

Hungarian journalist Dóra Laborczi and Annegret Kapp, a communication officer for the World Council of Churches, shared personal experiences of dealing with hate speech on line.

“The online hate machine is really well organised,” said Laborczi. “Every critical strong voice site has their own trolls who follow you and keep this kind of false conversation going.”

She said that as a female journalist she often experienced “really sexist” hate messages.

Kapp said social media accounts regularly posting on topics such as religion, migration, women’s rights or anything that has to do with group identities often generated responses that are hateful.

The focus on social media follows a previous project by WACC Europe and the Churches’ Commission for Migrants in Europe (CCME), which revealed generalised patterns of invisibility and misrepresentation and highlighted the need for direct inclusion of the voices and opinions of refugees and migrants in stories about them.

According to a December 2018 survey by the European Commission, xenophobia (including anti-migrant hatred) was the most common type of hate speech reported to social media companies.

“It’s a question of credibility,” Moritz said. “We know a lot of communication of hate is based on people no longer trusting certain institutions.”

Churches are called to reject any speech that belittles people and puts them down, said Arni Svanur Danielsson, head of communication at The Lutheran World Federation.

“When dealing with hate speech, we need courage to speak out against injustice, we need serenity to accept that change may happen more slowly than we want, and we need wisdom to guide us as we participate in the discourse, speak out for justice, and bridge divides with hope,” said Danielsson, who in 2008 was ordained as the first online pastor of the Evangelical Lutheran Church of Iceland.

Elizabeta Kitanovic, executive secretary for human rights of the Conference of European Churches (CEC), recounted how CEC organised a summer school on human rights in 2019 which examined hate speech and hate crimes against vulnerable groups in society

“The rise of political populism on the global scale is posing a need in society that we have fact-based dialogue and also that we look at adequate solutions for the complexity of the political issues,” said Kitanovic.

The project, “Breaking Down the Social Media Divides” was supported by the Otto per Mille Fund of the Waldensian Church in Italy.

WACC Europe promotes communication as a basic human right, essential to people’s dignity and community. Rooted in Christian faith, WACC works with all those denied the right to communicate because of status, identity, or gender.

A video produced by CEC on the human rights summer school dealing with hate speech is available here.