Defending the Rights of People Living with and Affected by HIV and AIDS
20353
post-template-default,single,single-post,postid-20353,single-format-standard,theme-bridge,bridge-core-3.0.1,woocommerce-no-js,qodef-qi--no-touch,qi-addons-for-elementor-1.5.4,qode-page-transition-enabled,ajax_fade,page_not_loaded,,qode-title-hidden,columns-4,qode-child-theme-ver-1.0.0,qode-theme-ver-28.6,qode-theme-bridge,qode_header_in_grid,qode-wpml-enabled,wpb-js-composer js-comp-ver-6.9.0,vc_responsive,elementor-default,elementor-kit-41156

Posted at 12:00h in Uncategorized by wacc_kn 0 Comments 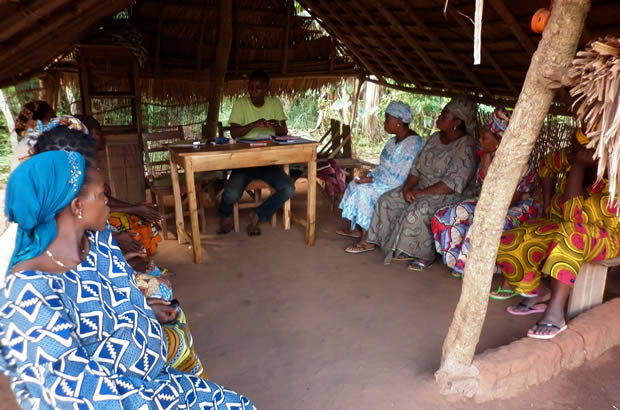 The project by EVE, a faith-based association of people diagnosed as infected with HIV, was designed to reduce HIV-related stigma and discrimination by creating awareness about protections enshrined in national law. Law No. 31 of 10 April 2006 on the prevention, care and control of HIV and AIDS was translated into 4 local languages and 500 copies of the same distributed in the community and within the associations of people living with and affective by HIV and AIDS (PLs). 20 journalists (50% women) and 30 PLs (50% women) were trained in understanding HIV and stigma, and the legal framework articulated in Law 31. 51 community leaders whose capacity was built in the advocacy training workshop aligned themselves to the struggle against stigma and support for PLs. A radio campaign increased awareness about the law on the rights and responsibilities of PLs and the role of the community in upholding PL rights. The Association gained respect from other NGOs, evidenced by requests to animate sessions in the constituencies in which they operate. The project benefitted 840 members of the association, approximately 5000 PL members of other associations, 80-87% female, approximately 20000 children orphaned by AIDS, 20 animators of local radio stations (50% women), at least 50 community leaders and other key influencers (50% women) and 30 PLs (10 men and 20 women). Indirect beneficiaires: 20,000 families of PLHIV.