Posted at 14:37h in One Year Projects by wacc_kn 0 Comments 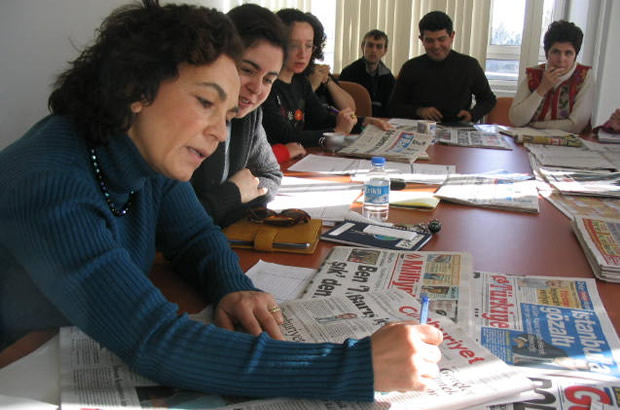 Women’s ideas, policies and actions in Turkey tend to be considered of little news value leading to their marginalization in media systems. The project was an attempt to develop an alternative by increasing awareness and building capacities of female journalists from across Turkey to increase coverage of issues of importance to women and their voices in the media. Specifically, the project sought: to create women’s media as an alternative to the mainstream media; to broadcast the local news of the reporters in national and international areas; to offer support to women who are local women reporters in their provinces and promote their visibility in local areas; to contribute to the women’s effective participation in decision-making processes and policy-making processes by carrying their voices to the local media, and; to create/help new human resources (female) in local media by educating local women reporters. It was initiated by Flying Broom, a women’s organization established in November 1996 to improve democracy and civil society through the facilitation of communications and encouragement of women’s participation in media and government. Flying Broom works to institutionalize and protect women’s human rights in media, government and society.

Assessment: The project outcomes were achieved as intended. 210 news items were published. To date, 69 volunteer women reporters from all 7 regions of the country have completed the online training program, which continues to attract 35 new participants every 2 months. During and after the training, trainees communicate among them through the forum page of the online education platform and critique each other’s weekly assignments. Trained reporters have gained renown as reporters in their local media. Flying Broom hopes that this relationship will encourage gender-responsive reporting in future. The network is the first of its kind in Turkey and is rare throughout the world. The demand for the training program continues, which will help strengthen the network as participants increase. All participants are female and were drawn from Ankara, Gaziantep, Urfa, Istanbul, Eskisehir, Samsun, Cyprus, Izmir, Trabzon and Diyarbakir. The project has inspired other organizations to develop similar initiatives. For instance, mainstream media popular reporter Balçiçek İlter from Habertürk has developed a program in which she visits different cities and meets volunteers reporting local news on live broadcast. Turkey’s only state-run broadcaster TRT has requested viewers’ engagement in their project “You record, we will broadcast“, an example of citizen journalism. News channels such as CNNTürk, Agos newspaper and bianet.org have begun to recruit voluntary reporters. The NGO Kaos, which works for gay and lesbians rights, has created a network of local reporters to make news on LGBT more visible. It is possible that the number of similar projects will increase. These projects have all been catalyzed by Flying Broom’s Local Women’s Reporters‘ Network, which has played a pioneering role in the development of local journalism in Turkey. Out of all the Network’s projects, this one attracted the greatest attention. For instance, the German Embassy organised a concert to collect money for the online education program, funds that supported participants to attend a workshop in Ankara in December 2012. A challenge experienced was to ensure that all of the reporters participated actively during the program. The most significant change has been in increasing women’s involvement in local media. This project provided a chance for women to express themselves in the public sphere. Flying Broom had successfully increased awareness about the Local Women Reporters Network and the base of reporters has become wider. 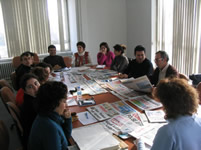 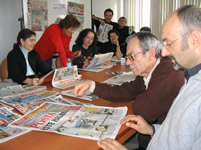 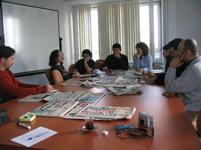