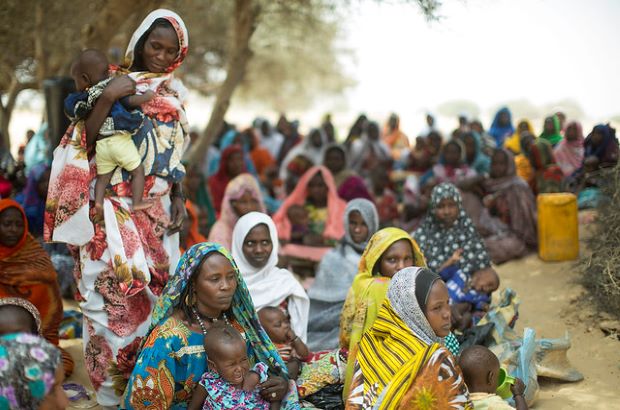 Posted at 13:33h in Media and Gender Monitor, News by Staff 0 Comments

Nigerian media pay “little attention to the real issues” affecting the country’s Internally Displaced Persons (IDPs), ignore their voices and often rely on statements from government officials when reporting about them, a WACC-supported media monitoring project has concluded in its report.

Seventy per cent of the stories about IDPs consisted mainly of news stories, noted the report, Monitoring Media Reportage and Portrayal of Internally Displaced Persons in Africa. This indicates, the report said, that Nigerian media “need to do more ‘beyond the surface’ reporting of IDP issues.”

There was no coverage of deeper issues such as lack of basic amenities, sexual harassment, health conditions and human rights issues involving IDPs, the report noted. Although there were news reports about lack of security, as well as education and livelihood needs, there is a need to “deepen the narrative and bring to the front burner the connecting context of the need for security agencies and institutional agencies to proactively take action in providing adequate security and protection for the citizenry,” it added.

News stories about mismanagement and corruption in the distribution of relief materials were “passively flagged,” when they could have “probed further or investigated (them) as part of media’s obligation of transparency and accountability,” the report also noted.

Results of the project – which monitored articles in six newspapers and two online news sites in Nigeria between May to June 2018 – were unveiled August 4 in Lagos. Journalists for Christ International Outreach (JFC) partnered with two other WACC-Africa member organizations, All Africa Conference of Churches and the Sautiya Mwanamke Kijijini, in conducting the project.

An examination of media’s portrayal of IDPs was necessary since Nigeria has been beset by conflict and has seen a dramatic increase in IDPs, the report said. It noted the UNCHR’s report that the Boko Haram insurgency in 2009 became “the single cause of displacement in the Lake Chad Basin region,” with more than 2.3 million people becoming refugees and IDPs.

The report also noted a gender gap when it comes to news sources, with 80 per cent of sources identified as male and only 20 per cent, female. “There’s a need to deliberately include women,” the report said, noting that women and children are often the most vulnerable in times of crisis and conflicts.

Most articles about IDPs do not have photographs, which could have captured the plight of the displaced persons, it added.

The report offered a set of recommendations, including the need for media to highlight issues affecting people affected by hostilities and conflicts, and the need to be more incisive, especially in investigating allegations of corruption and mismanagement of resources for IDPs.

Displaced persons, especially women and children, should be given space to air their concerns, the report recommended. Media organizations should fund journalists to independently visit IDP camps and write objective articles, it said, adding that IDP issues also deserve editorials.

Two discussants from the media, former editor of the Saturday Punch Bisi Deji-Folutile, and Radio Lagos News Editor Muyiwa Kalejaye, acknowledged the need to report more about the IDPs. However, Kalejaye said “the bureaucracy and hostile attitudes of government officials” limit media’s access to IDP camps to conduct in-depth reporting.

Deji-Folutile cited lack of staff and resources as a stumbling block.

Project organizers expressed the hope that the report will help galvanize support and cooperation among groups to provide “adequate social and health care” to IDPs, as well as advance inclusive media reportage.

“It is our hope that the media in Nigeria will find this report as a useful guide to be able to play their expected role in informing and educating all concerned about the true state of IDP issues in our country,” said Lekan Otufodunrin, JFC President and Project Coordinator. “Our ultimate dsire is that IDP camps will not continue to be a permanent feature in our country.”

The project also received support from Waldensian Church’s Otto Per Mille and Bread for the World.

Photo above: Attacks by Boko Haram and military operations have displaced 2.4 million across northeastern Nigeria, Cameroon’s Far North, southeast Niger, and Western Chad. Media needs to do a better job in reporting about them, says a media monitoring project, which also notes that women are rarely quoted in stories about Internally Displaced Persons and refugees. Photo by Espen Røst / Bistandsaktuelt