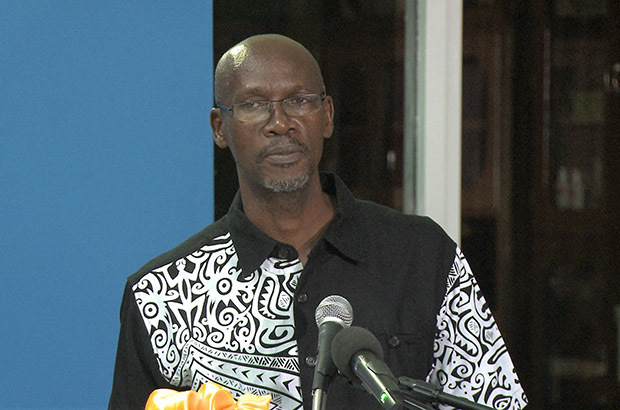 Posted at 09:13h in News, WACC Caribbean by Staff 8 Comments

WACC’s Board of Directors is pleased to announce the election of Embert Charles, an experienced communication and media specialist from Saint Lucia, West Indies, as its global President 2019-23.

Charles has over 35 years active membership in the World Association for Christian Communication (WACC) at both regional and global levels during which he has served in various capacities as president of WACC Caribe (2011-14) and as a member of WACC’s international Board of Directors.

“Embert Charles has all the experience and qualities of leadership that an international non-governmental organization like WACC needs to guide it over the next few years,” said WACC General Secretary Philip Lee. “The staff are looking forward to working with him and with the soon-to-be-elected new Board of Directors in what will be an exciting phase in the life of WACC.”

Accepting his appointment, Charles noted, “WACC remains a focused organisation carrying out the mandate of its membership after inclusive consultation on the emerging issues affecting the marginalised – communication and language rights, gender imbalance, socio-political and economic exclusion, and the environment.”

“WACC will continue to work towards mainstreaming communications rights into development programmes in much the same manner that gender analysis climate change has been mainstreamed,” he added.

For ten years, Charles was Executive Director of the Folk Research Centre (FRC) in Saint Lucia, established in 1973 as a repository for St Lucia’s cultural heritage, and whose founding director was Msgr. Patrick Anthony, a past president of WACC Caribe.

Photo above: Embert Charles is from the island nation of Saint Lucia in the Caribbean.