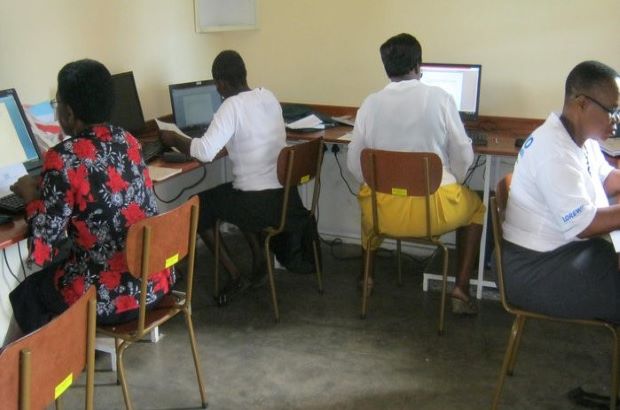 The Creative Centre for Communication and Development (CCCD), a WACC partner, has launched a series of training aimed at empowering Zimbabwean women and girls with citizen journalism skills.

Training participants will also take part in discussions about how technology can be used to address issues such as child marriage, HIV/AIDS, poverty and gender-based violence.

The training project is a partnership between CCCD and Mustard Seed Communities, a Catholic non-profit organization which runs residential care facilities for children and adults with developmental and physical disabilities in Zimbabwe and other countries.

In 2014 and 2015, WACC partnered with CCCD in a project to reduce the incidence of child marriage through citizen journalism training. A pilot project enabled 96 child brides in Reigate district, Bulawayo, to use digital media to express themselves, learn about their rights, and build new networks. An additional 260 child brides and 300 community members were also provided with resources about the campaign to end child marriage.

It also included meetings with church and community leaders as part of a community mobilisation strategy to build relationships and alliances in the campaign to end child marriage.

The project generated great interest in the community, including young women, and sparked debate on the cultural and religious practice of marrying young girls, traditionally regarded as a private family affair.

Photo above:
Annastacia Tichavavangani (56), Margret Sitanimezi (52), Mziwentombi Nyilika (57), and Sikhululiwe Sikhosana (47) are House mothers caring for orphans and vulnerable children at Mustard Seed Communities. CCCD is providing ICT training to the House mothers to enable them to use technology to address issues such as poverty, child marriage, HIV/AIDS. By CCCD