Posted at 12:29h in Uncategorized by wacc_kn 0 Comments 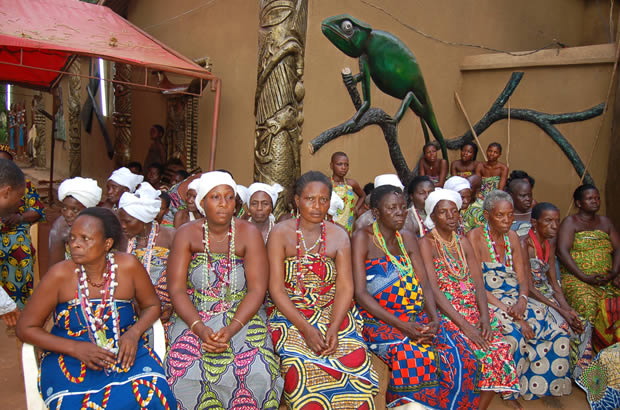 The global HIV and AIDS rate of prevalence is 2% in Benin with a strong disparity in every social stratum. This rate increases to 10.3% in people who follow the local traditional religion. There is a significant gender disparity in infection, with more women than men affected by the pandemic. Further, AIDS patients are often stigmatised and marginalised under the belief that their suffering is a curse for disobeying the local deity. This project contributed to a change in vision, mentality and behaviour by strengthening the capacities of leaders of the main traditional religion in Benin, namely voodoo, that covers more than half of the country’s population. The ultimate objectives were: to reduce the rate at which the virus is spread and to stem stigma and discrimination within voodoo practitioners; to increase the respect of PLWHA’s rights and gender equality through capacity-building and; to develop and disseminate advocacy messages to voodoo leaders and women. The implementing partner FNDH implemented an advocacy campaign targeting voodoo leaders and local authorities; 4 training sessions for leaders and women on the causes, manifestations, consequences and ways of prevention of HIV and AIDS; advocacy and communication training sessions for behaviour change; training for leaders and women on stigma and discrimination and PLWHA’s rights. The project also produced, in collaboration with the beneficiaries, messages and programmes to counter stigma and discrimination for broadcast on local TV and radio stations.
Development efforts undertaken by Benin leaders run the risk of being undermined by HIV and AIDS.