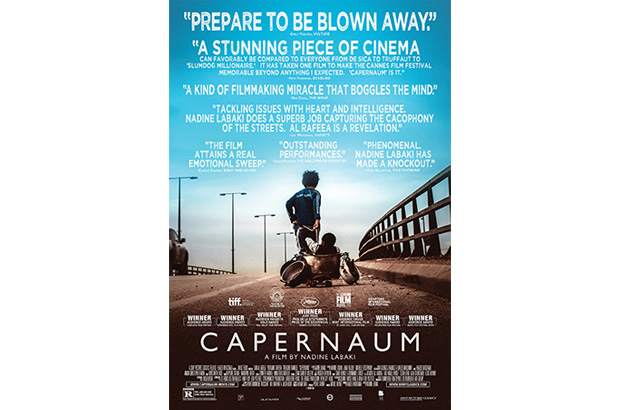 The role of women in the film industry has been the focus of discussion in the media since allegations of sexual harassment rocked Hollywood two years ago, eventually spreading to other filmmaking centres and beyond. But the lack of opportunity for women directors and for women in senior decision-making positions in the industry has long been the focus of attention of women filmmakers and advocacy groups. Things now appear to be changing. This article looks at recent high-profile appointments and the increasing visibility of films directed by women.

In the past year, two women have been appointed to head major film festivals. The Berlinale named Mariette Rissenbeek as managing director and the Toronto International Film Festival (TIFF) selected Joana Vicente as executive director. Both share the senior role with men. Rissenbeek is joined by Carlo Chatrian as artistic director of the Berlinale and Cameron Bailey takes that role next to Vicente at the TIFF.

In May, the Cannes Film Festival posted the highest number of films directed by women in running for the Palme d’Or since 2011. Four of the nineteen films (twenty-one percent) were directed by women. But the big news out of Cannes was the award of the Caméra d’or to Mati Diop for her film Transatlantique. The award is considered the silver medal of the festival and is a highly coveted honour. Diop, who is Franco-Senegalese, is the first woman of colour to have received the award.

Only one woman has ever won the festival’s top prize, the Palme d’Or, a feat accomplished by New Zealand’s Jane Campion in 1993 with her film The Piano. In the 71-year history of the festival, 1600 male directors have had films in competition at Cannes whereas only eighty-two films directed by women have been selected for the competition.

The recent spate of appointments, visibility, and awards are signs of hope that an industry long known for ignoring women’s creative and management abilities is finally starting to respond to pressure from advocates such as the American actress Geena Davis who founded The Geena Davis Institute of Gender in Media and has appeared at TIFF to support the festival’s Share her Story campaign that promotes the inclusion of women in key creative roles.

Berlinale break through
Dieter Kosslick, who headed his final Berlinale in February 2019, had clearly made it a priority during his tenure to open doors to women directors, decision-makers and programmers. In comments made at the time of the Berlinale, Kosslick, noted that it had been important to have women on the festival’s selection committees – eighty-one per cent of people selecting films for the festival this year were female. As well, the festival’s main jury was headed by France’s Juliette Binoche and there was a fifty-fifty balance of men and women on the jury.

As a member of the ecumenical jury at this year’s Berlinale, I saw firsthand the impact of decisions by festival programmers to feature more films directed by women. The opening night film was directed by Denmark’s Lone Scherfig. One of the Silver Bear awards went to Nora Fingscheidt’s System Crasher and the directing award went to Angela Schanelec. Both directors are German.

The Ecumenical Jury prize went to God exists. Her name is Petrunya by the Macedonian filmmaker, Teona Strugar Mitevska, for her story of a young woman’s inadvertent but transformative confrontation with church traditions, political forces, and police authorities. The film’s star, director, and producers were women.

Francine Raveney, a project manager with Eurimages which supported development of the film, was delighted to learn about WACC’s Global Media Monitoring Project (GMMP) during a discussion we had at the screening. The film was also awarded the prize by the art house association of Germany, which has opened the door to it being picked up for distribution in Switzerland, France and Canada.

In the very early days of film making, women created major films and were a significant creative force in this emerging new art form. A massive documentary project currently in development, focuses on the successes of this early group of female filmmakers. Filmmaker and historian Mark Cousins, has completed the first four hours of a projected sixteen-hour anthology that will use almost a thousand film extracts, spanning thirteen decades and five continents – all of the work directed by women. https://www.womenmakefilm.com

Cousins is not alone in his interest in the history of women in the film industry. A film series distributed by the American art-house and international film distributor Kino Lorber highlights the work of women behind the camera in the early days of cinema. The anthology curated by Shelley Stamp and produced by Brett Wood brings together the work of female writers, directors and producers who helped create cinematic language. As Hollywood morphed into a film industry run by an old boys’ club, women artists were pushed aside. The anthology aims to show what was lost in the process. https://www.kinolorber.com/film/view/id/3222

The online digital archive The Women Film Pioneers Project (WFPP) is a freely accessible digital showcase of the hundreds of women who worked in the silent film industry as directors, producers, editors, and more. The archive includes career profiles, overview essays on national cinemas, photos and film, as well as bibliographic resource materials. Started as a publishing project in 1993 when Jane Gaines was a visiting professor at Vassar College, the initiative became a pilot project for the new Columbia University Center for Digital Research and Scholarship and was eventually launched in September 2013 as an online resource. https://wfpp.cdrs.columbia.edu/about/ Trailer:https://www.youtube.com/watch?v=SfonigTczQ0

As film grew in importance and became a major cultural industry, women lost their place behind the camera and were more and more objectified as on-screen objects of desire or infamy. For nearly a century, they have had difficulty getting access to the creative and decision-making aspects of film making. However, women continued to make movies with directors such as France’s Agnes Varda, New Zealand’s Jane Campion, and Iran’s Samira Makhmalbaf gaining recognition, especially in art house circles.

An international wave of women filmmakers
Today, the number of women directors whose work is being screened in major festivals and getting international distribution is on the rise and these filmmakers come from around the world.

There is a wave of women from the Arabic world – North Africa and the Middle East – catching public attention. In 2018, the Saudi Arabian director, Haifaa al Mansour, made headlines with her film Mary Shelley. In that same year, Lebanon’s Nadine Labaki was nominated for a foreign-language for her film Capernaum (poster right). The Ecumenical Jury at the Cannes Film Festival in 2018, awarded the film its prize. This followed the success of Labaki’s film Where do we go from here? which won the TIFF People’s Choice award in 2011. In 2018, TIFF highlighted the work of Arabic women directors since 2000 in its perspective series “Here and Now: Contemporary Arab Women Filmmakers”. Contemporary Arab Women filmmakers (TIFF)

Fresh from her win at the Cannes Film Festival this year, Marti Diop is undoubtedly Africa’s best-known female director. However, there are others. Kenya’s Wanuri Kahiu directed the coming-of-age film Rafiki that premiered at Cannes in 2018 and Flatland by South Africa’s Jenna Bass was screened at the 2019 Berlinale. In Toronto, a collective for Black female filmmakers launched in 2017 called Black Women Film! aims to expand the number of trained and experienced women filmmakers in the Canadian African diaspora. http://www.blackwomenfilm.ca

Is it far enough?
At last the skills of women are becoming increasingly visible on the big screens and behind the scenes of global festivals. Now the debate begins about the extent, depth, duration and impact of this increased visibility.

In the case of the appointment of women to key artistic roles in Berlin and Toronto, both were named as co-heads with a man. Neither woman assumed full responsibility for the festival. It is even more revealing that in both cases, it is the man who will have the role of curating the selection of the films. Carlo Chatrian and Cameron Bailey will handle the very public role of “artistic director” while Mariette Rissenbeck and Joana Vicente will manage the festivals. As has been noted in the press, the men will be making the creative decisions which is the more visible and prestigious of the two roles. In effect, the men will lead, and the women will manage.

One could argue that the women have simply moved up the ladder that starts with being a secretary/assistant and leads on to senior administration positions. This reproduces a well-known scenario – a woman behind a man who makes sure things run smoothly so that he can shine. Perhaps the true litmus test that women have reached the top will be when a woman is appointed to head a festival on her own and with full curatorial responsibility.

WACC, Women and film
I have served on six Ecumenical Juries with the support of WACC and two of those six jury prizes have gone to films directed by women. These represent two of the six women directors to have received the prize from Ecumenical Juries in Montreal, Locarno, Venice, Berlin and Cannes in the years 2007-2017. One of the six women was a co-director with a man. Fifty-two prizes were awarded in that period.

Why is it that more films directed by women were not recognized by the juries? Were there so few films by women that choice was limited? Are jury members unconsciously screening out films with a female perspective? This might be a subject for study by WACC under the direction of its women’s desk.

WACC’s high profile Global Media Monitoring Project, has been monitoring the role of women in the media since it was launched in 1995. While the project focuses on women the news media, statistics about women in decision-making positions in the news industry paint a similar picture as that for the film industry.

Men are in the key editorial decision-making roles which means stories are selected and told principally by men; women continue to be talked about rather than being spoken with; and “important” stories about politics and economics do not include many, if any, female experts.

The same control of story and voice has long applied in movie production houses. The roles of women as filmmakers, cinema festival decision-makers, and producers is an important element of the visual story telling landscape to study.

As film is ever more widely available beyond the big screen, the urgency of seeing and hearing stories told by women is ever more important. The voices, images, dreams, and wisdom of half the world’s people are rich with insight, amusement, and inspiration. Overcoming structural barriers based on stereotypes and lack of knowledge and reference points must be a key component in analysis of women’s presence in the media.