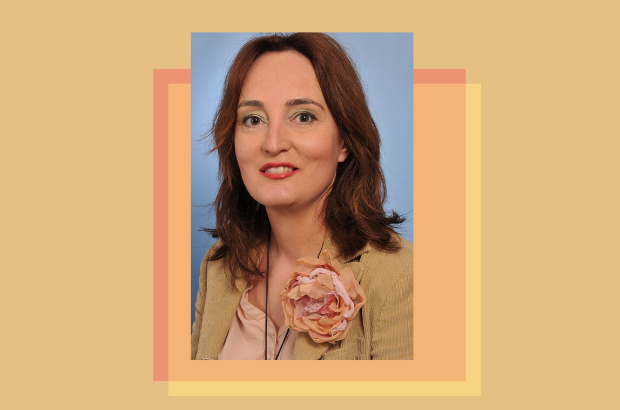 In a country such as Bosnia and Herzegovina, which has “a strong patriarchal tradition and dominant stereotypes about women,” Abida Pehlic can’t emphasize enough how important the Global Media Monitoring Project (GMMP) has been since her organization, Novi Put, joined the research in 2015.

“Women are generally perceived as unambitious, dependent, irrational, or quite often pictured only as a sex symbol,” says Pehlic, who has worked on prevention of gender-based violence for almost 20 years. She is the president and program manager for Novi Put, an anti-trafficking NGO established by women in 2010.

These attitudes toward women have often been reflected in news stories, says Pehlic. “We used to experience cases when full identity of numerous victims of gender-based violence were disclosed in media outlets, even when those victims were minors.”
High-ranking politicians, she adds, were never taken to task for openly insulting female journalists during press conferences, referring to them as “whores” and “layers.”

Before the GMMP, she says, “we did not have any proper tool to document that, and our protests against such a practice were not taken as relevant.”

By using the GMMP’s gender-focused media methodology and tools “we obtained in-depth qualitative and quantitative data on gender portrayal,” in the news, she says.

Pehlic, who was the GMMP national coordinator for Bosnia and Herzegovina in 2015, recalls how “devastating” it had been to see the results of the evidence she and her team of volunteers had gathered. Only 16% of the news were about women, who were mostly portrayed as victims, she recalls. Women only became the central focus when the stories were about crime and violence. When it came to news about politics and government, women constituted only two per cent of the subject or sources.

“Those evidences were very useful for building critical media literacy of audiences to enable them to effectively engage with gender issues, but also for more targeted media advocacy aimed at addressing gender issues in journalistic output,” says Pehlic.

Pehlic says GMMP results also allowed her and her colleagues from Novi Put “to not only continue, but also to improve our public advocacy initiatives aimed at improving media focus on gender equality issues, (challenging) stereotypical portrayal of women and men in the news, and emphasizing the importance of equal access and opportunities for women and men in making the news.”
Novi Put disseminated the GMMP report to all media outlets, NGOs and relevant institutions; it also held numerous roundtables with journalists and the public to discuss the GMMP findings in detail, says Pehlic. “All media representatives stated that they had actually never considered gender ethical reporting important.”

Participation in the GMMP enabled Novi Put to raise awareness about the importance of gender equality among female and male journalists and to urge all journalists to change their attitude towards women and to overcome existing gender stereotypes, she adds.

The GMMP has also enabled Novi Put to establish a platform for future cooperation between Bosnia and Herzegovina media and NGOs, she adds.

Gender equality in media has now become one of Novi Put’s priority advocacy areas, says Pehlic. “I am looking forward to the next GMMP, where my colleagues and I will –  together with a network of human rights and media activists across the globe – work together to enhance the visibility of specific challenges we face in fighting for non-stereotypical portrayal of women.”

The next GMMP, coordinated by WACC Global with a network of volunteers around the world, is scheduled for 2020. — by Marites Sison