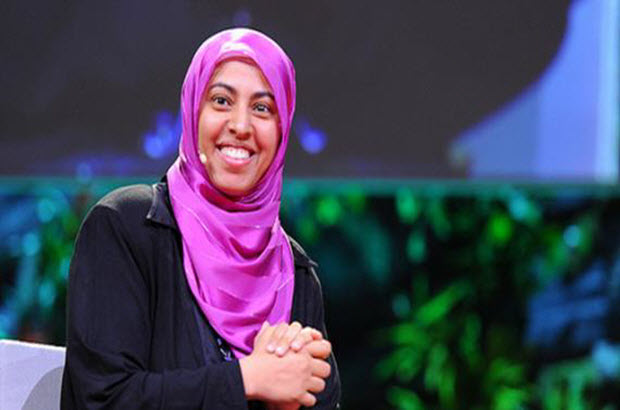 The principles of the Yemen Times newspaper are “independence – truth — human rights advocacy — knowledge – credibility” and Nadia Al-Sakkaf lives this credo every day in her work at editor and publisher.

Al-Sakkaf is also one of the “ambassadors” for the 2015 edition of the Global Media Monitoring Projects (GMMP), the WACC-coordinated study that monitors the representation of women in global media and has been held every five years since 1995. Al-Sakkaf is the first female editor-in-chief of a newspaper in the Middle East.

“Her stride is fast. Her energy seems boundless. She seeks reforms. She’s bold; she’s articulate; she’s young and she has her own newspaper in Yemen to use as a platform for action,” wrote Magda Abu-Fadil in the Huffington Post

The GMMP ambassadors intend to bring their personal expertise and their stories to the issues of gender and media; be consulted in areas such as public events and advocacy; highlight opportunities of implementation within regions and various constituencies and interpret the GMMP and seek cooperation and collaboration.

“We are very grateful for the support of these four leading women communicators, who are lending their voices and their experience to one of the most important and widely recognized initiatives WACC has ever undertaken,” said WACC General Secretary Karin Achtelstetter.

The GMMP has consistently shown that there has been extremely slow progress in bringing women’s voices to bear in public discourse taking place through the news media. Not only does the news present a male-centric view of the world, it is also marked by gender bias and extensive stereotyping that underpin marginalization, discrimination and violence against girls and women.

The Yemen Times is the most widely read independent English-language newspaper in Yemen, located at the southern end of the Arabian peninsula. Al-Sakkaf became the chief editor in March 2005 and quickly became a leading voice in Yemen and worldwide media on issues of media, gender, development and politics.

During the May 2011 leadership crisis in Yemen, Al-Sakkaf and her organization were vital in reporting the news and putting the political situation in context for the wider world. And as the crisis rolled on, the role of an independent press became even more vital. The Yemen Times had reporters on the ground in Sana’a, Taiz, Aden and Hodeida, covering the uprising.

Under Al-Sakkaf’s leadership, the Yemen Times has also created several publications — especially those for the advocacy of women’s participation in politics, such as “Breaking the Stereotype,” a book on Yemeni women’s experience as political candidates in elections.

“The award is presented to influential business leaders who through their achievements have demonstrated the benefits of a constructive relationship between business and society,” said Per Leif Saxegaard, chairman of the foundation.

Al-Sakkaf was one of five honorees chosen by a pool of nominees from more than 50 countries who were nominated by the United Nations Development Program (UNDP) and International Chamber of Commerce. UNDP and a pool of past Nobel Prize winners in Peace and Economics choose the recipients.

In accordance with this year’s award ceremony theme, “Business in Fragile Environments,” UNDP said Al-Sakkaf exemplifies a leader in the private sector who has demonstrated transformative and positive change through ethical business practices.

The Yemen Times was found in 1991 by Al-Sakkaf’s father, Abdulaziz, as the first independent English-language newspaper in Yemen. In 2012, the Yemen Times established Yemen’s first community radio station.

The Yemen Times also received the Freedom of the Press Award in 1995 from the National Press Club, the Middle East Publishing Conference Lifetime Achievement award in 2006, the Free Media Pioneer Award from the International Press Institute in 2006, the Gebran Tueni Award in 2006 from the World Association of Newspapers and an honor from the Yemeni Journalist Syndicate in 2012.