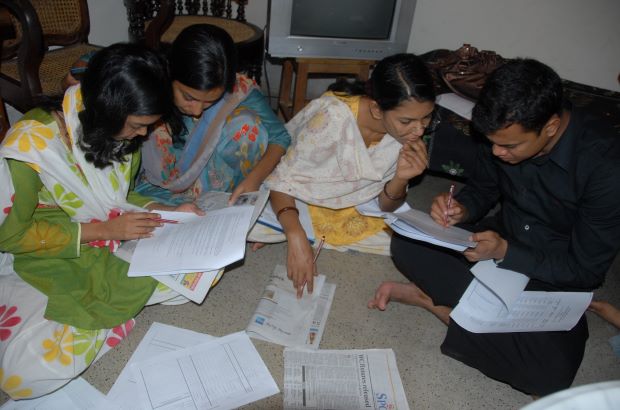 The Global Media Monitoring Project (GMMP), scheduled for 2020, is still in need of volunteer national coordinators for several countries in Asia and Eastern Europe.

Volunteer coordinating organisations, who will take the lead in running the GMMP in their particular area, have already been tapped for some parts of Asia, except Cambodia, East Timor, Hong Kong, Laos, Maldives, North Korea, Singapore, Sri Lanka, Tajikistan, and Uzbekistan. Kazakhstan,  Georgia, Macedonia, Moldova, Serbia, Tajikistan,  and Ukraine.

GMMP is the largest and longest-running longitudinal study on gender in the world’s news media. It is also the largest grassroots advocacy initiative in the world aimed at changing the way women are represented in the media.

Every five years since 1995, GMMP’s pioneering research has studied women’s presence in relation to men, gender bias, and stereotyping in news media content.

This research has relied on a global network of volunteers, such as civil society organizations, academics and media professional associations.

Aside from being the “national face” of the GMMP, national coordinators act as a liaison between the global secretariat and individual monitoring groups within a country. When possible, they also take the lead in coordinating the production of a national GMMP report and national launch of the global and national reports.

National coordinators benefit from the experience by becoming part of a global network of gender and communication activists. Taking a lead role in the GMMP helps raise the profile of one’s organization. It will also provide access to a media monitoring methodology and coding tools, which can be adapted to monitor other issues and forms of media. Volunteers also get access to a tool for gender sensitisation, media literacy and education, training, and advocacy.

Sarah Macharia, GMMP global coordinator, describes GMMP as “the single, authoritative source of statistical evidence on the status of women and men in the news media worldwide.”

GMMP findings have been used and continue to be used as “the basis for policy change, media training, and awareness-building of ordinary audiences to advance gender equality in and through the media,” says Macharia.

“Governments need to acknowledge the important place of media and communication within the broader objective of promoting gender equality and women’s empowerment,” adds Macharia in the article. “Professional media, in particular, have a fundamental obligation, following industry ethics, to present balanced, fair and accurate content.”

Photo above: Volunteers take a snapshot of  how women and men are represented in the day’s news in Bangladesh during the 2015 Global Media Monitoring Project (GMMP).