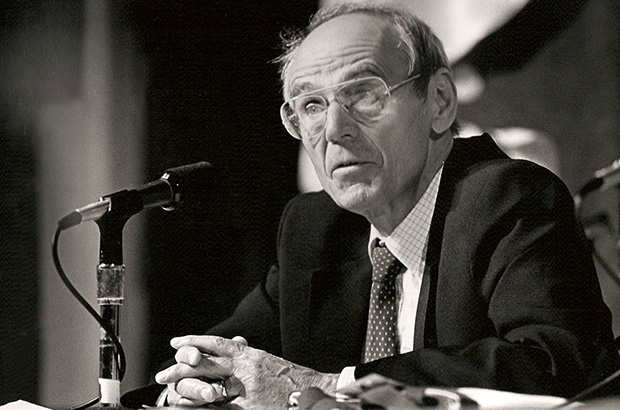 WACC Europe has paid tribute to its former president, the German journalist Hans-Wolfgang Hessler, who died on 16 February at the age of 87.

“Hans-Wolfgang Hessler was committed to professional journalism with a worldwide perspective and played a key role in the development of WACC Europe,” said Stephen Brown, the current president of WACC Europe.

Born on 26 July 1928 in Apolda, Germany, Hessler began his journalistic career in 1949 with the Berliner Anzeiger, which later became the Berliner Morgenpost. In 1960 he moved to Geneva to work for the Lutheran World Federation, before returning to Germany in 1968 when he became editor-in-chief of the German Protestant news agency, the evangelischer Pressedienst.

In this position he expanded the coverage of epd to include reporting from developing countries, the North-South conflict and the worldwide ecumenical movement. Hessler then became the director of the German Protestant media umbrella organisation GEP from 1981 until his retirement in 1993.

“Hans-Wolfgang Hessler shaped the profile of the evangelischer Pressedienst and made a major contribution to its professionalization,” said the current editor-in-chief of epd, Thomas Schiller.

After the formation of the World Association for Christian Communication in 1968, Hessler served as the founding editor of the WACC Journal from 1970 to 1976.

In the early 1970s, he formed part of a group of media professionals, journalists and communicators active in Europe who described themselves as the “European group” of WACC.

After the creation of WACC regions in 1975, he was active in the WACC Europe region and later its president from 1988 until his retirement. Hessler was also active in WACC internationally, serving as a member of its governing board.

“Hans-Wolfgang Hessler advocated the ideal of ethical journalism and genuinely democratic communication,” said Philip Lee, WACC’s Deputy-Director of Programmes. “He was at the forefront of urging the churches in their communication work to recognize their political as well as their social responsibilities,” he added.

WACC offers its condolences to the family and friends of Hans-Wolfgang Hessler, while celebrating his life and contribution to Christian communication.