Internet governance should work towards mechanisms to reinvigorate independent journalism
A free and independent media sector is one of the cornerstones of what it means for a country to be a liberal democracy. In recent years, there have been mounting concerns about the impact that Internet-based communication on democracies around the world
Saeed Alnahhal, internet governance, independent journalism, democracy, right to information
21703
post-template-default,single,single-post,postid-21703,single-format-standard,theme-bridge,bridge-core-3.0.1,woocommerce-no-js,qodef-qi--no-touch,qi-addons-for-elementor-1.5.6,qode-page-transition-enabled,ajax_fade,page_not_loaded,,qode-title-hidden,columns-4,qode-child-theme-ver-1.0.0,qode-theme-ver-29.2,qode-theme-bridge,qode_header_in_grid,qode-wpml-enabled,wpb-js-composer js-comp-ver-6.10.0,vc_responsive,elementor-default,elementor-kit-41156 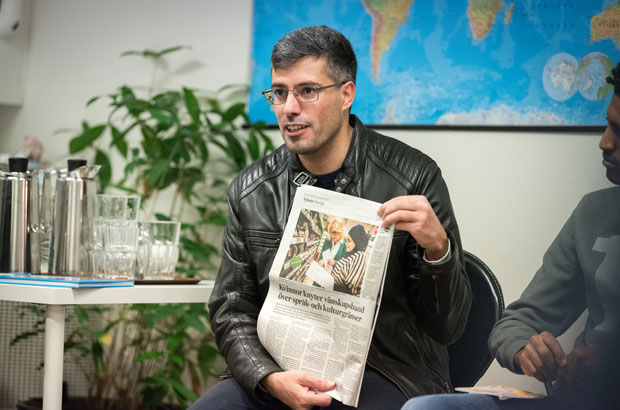 A free and independent media sector is one of the cornerstones of what it means for a country to be a liberal democracy. The emergence of the Internet was initially received with much optimism as there was an expectation that it would help democratize media systems, allowing “citizens to report news, expose wrongdoing, express opinions, mobilize protest, monitor elections, scrutinize government, deepen participation, and expand the horizons of freedom.”[i].

Nevertheless, in recent years, there have been mounting concerns about the impact that Internet-based communication on democracies around the world. “Today, the contribution of free, pluralistic, independent and safe journalism to democracy is under unprecedented stress…there is growing disintermediation of news institutions: politicians use channels other than the media to reach audiences directly, and voters share content directly amongst themselves.”[ii].

These issues are inextricably linked to Internet Governance issues. “Far too few news organizations have been able to find a sustainable model for journalism online, which translates into less revenue and fewer journalists”[iii]. A key element of this equation is the global advertising market, which has seen as shift away from being dominated by media companies, and is now ruled by Internet companies such as Google and Facebook, which together have a market share of 63%- roughly USD $61.6 billion per year. At the same time, global newspaper advertising revenue is expected to decline by USD 23.8 billion a year by 2021.[iv]

It is time for the Internet Governance community to devote more energy to addressing some of these issues. This may include working towards the development of mechanisms for ad revenue sharing or investing in AI technologies that optimize the visibility of credible sources of news. Media viability will not be enhanced in the long run through philanthropic efforts, but rather through accountable and transparent mechanisms that prioritize democracy and human rights.

Photo above: Saeed Alnahhal explains how he has recently had an article published in a major Swedish newspaper, featuring refugees who’ve received support through the Goda Grannar project. Saeed himself came to Sweden as a refugee from Syria, and has received support through the project. By profession, he is a journalist. By A. Hillert/ACT Alliance/WCC