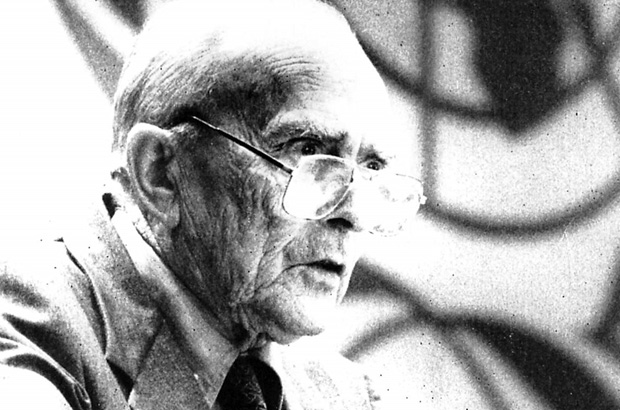 Seán MacBride was a keynote speaker at a consultation sponsored by WACC held in London in October 1982 titled “A new Babel: The communication revolution”. Photo: Contributed

In 1976, UNESCO’s General Conference instructed its then Director General, Amadou-Mahtar M’Bow, to undertake “a review of all the problems of communication in contemporary society seen against the background of technological progress and recent developments in international relations with due regard to their complexity and magnitude.”1

M’Bow created what he called a “brains trust”, an International Commission of 15 prominent figures from 15 different countries and backgrounds under the presidency of Seán MacBride (photo above). In the course of its work, they participated in numerous conferences, meetings, seminars, and discussion groups, and reviewed countless documents, codes of ethics and papers on specific aspects of communication. The outcome, published in 1980, was Many Voices, One World, whose slogan was “Towards a new more just and more efficient world information and communication order”.

Seán MacBride was a keynote speaker at a consultation sponsored by WACC held in London in October 1982 titled “A new Babel: The communication revolution”. He noted:

“The conclusions of the UNESCO report are founded on the firm conviction that communication is a basic individual right, as well as a collective one, required by all communities and all nations. Freedom of information and more specifically the right to seek, to receive and impart information is a fundamental human right, indeed a prerequisite for many other human rights.”

Controversy and misunderstanding followed the publication of the MacBride Report, especially from powerful countries ideologically against democratisation and empowerment. As expert commentators have pointed out, the Report was less a challenge to information ownership and control than to the political and economic hegemony of a few dominant countries:

To a certain extent, the findings and recommendations of the MacBride Report – nearly 40 years old – are still relevant and applicable today, despite the world’s vastly changed political, economic, social and cultural structures and despite the proliferation of digital information and communication technologies. As the Report itself warns (p. 33):

“We must beware the temptation to regard technology as an all-purpose tool capable of superseding social action and eclipsing efforts to make structural transformations in the developed and developing countries. The future largely depends upon awareness of the choices open, upon the balance of social forces and upon the conscious effort to promote optimum conditions for communications systems within and between nations” [emphasis added]. 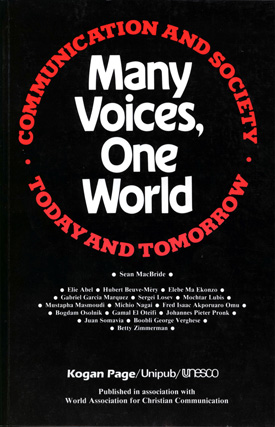 The MacBride Report led directly to the communication rights movement, largely energized by the work of the CRIS Campaign3 and the World Summit on the Information Society.4 After that, there was a kind of falling away as Internet service providers, digital platforms, and multinational corporations seized the day. The kind of social progress envisioned by the MacBride Report took a back seat to neoliberalism, globalization, corporate greed, and the politics of fear. That is not to say that its arguments were invalid or that its principles were misplaced. In fact, as articles in this issue of Media Development attest, the thinking behind MacBride Report still has enormous relevance in the struggle for political, economic, and social justice – and in the struggle to expand what is often referred to as “shrinking public space”.

The question naturally arises: If the MacBride Commission were to be set up today, what issues would it look into? What constraints would it find? What new possibilities would it discover?

One clear answer can be found in the article “Media, communication and the struggle for social progress” by Nick Couldry, Clemencia Rodriguez et al in this issue of Media Development. It identifies media and communications infrastructures as a common good, arguing that they should be removed from the grasp of market forces and underlining participation by civil society and transparency as guiding principles for regulatory frameworks.

One major difference between 1980 and 2019, of course, is the existence of the Internet and digital communication platforms. On this, Couldry, Rodriguez et al are absolutely clear:

“Processes for the design of digital platforms and other means of accessing the Internet should recognize and effectively include representation from the full range of human communities. Media infrastructures will not realize their potential for contributing to social progress unless they operate effectively to facilitate content creation by diverse communities. Access to media infrastructures as consumers, receivers or audiences of content and information is not enough, individuals and communities need access as content creators; issues of language, affordability, user competencies and technology design are fundamental.”

And stressing the need for accountability and equality of access:

“Since we can expect that core aspects of society such as health care, social services and financial services will be increasingly provided over the Internet, access to digital systems needs to be equally distributed among populations, and such access should come free of commercial tracking and surveillance. The risk that the data infrastructures supporting today’s media and communications will be used for increased state and corporate surveillance, censorship and data gathering need to become the focus of extensive civic debate and regulatory attention.”

This thinking forms part of a larger initiative led by the International Panel on Social Progress, whose aim is to develop research-based, multi-disciplinary, non-partisan, action-driven solutions to the most pressing challenges of our time. In a sense, it is civil society’s take on how to respond positively and with dignity to issues of social justice that may not be addressed by the government-led SDGs. Guided by a host of luminaries including Amartya Sen, Manuel Castells, and Sunita Narain, the IPSP assigns a crucial role for democracy to media and communications (Chapter 13 of the IPSP’s 2018 Report).

In a sense, Chapter 13 is the MacBride Report of our times and should certainly be read as such. It underlines Seán MacBride’s assertion that there is “no magic solution to efface by a single stroke the existing complicated and inter-connected web of communication problems” and that, while the particulars of the process will continually alter, “its goals will be constant – more justice, more equity, more reciprocity.”5