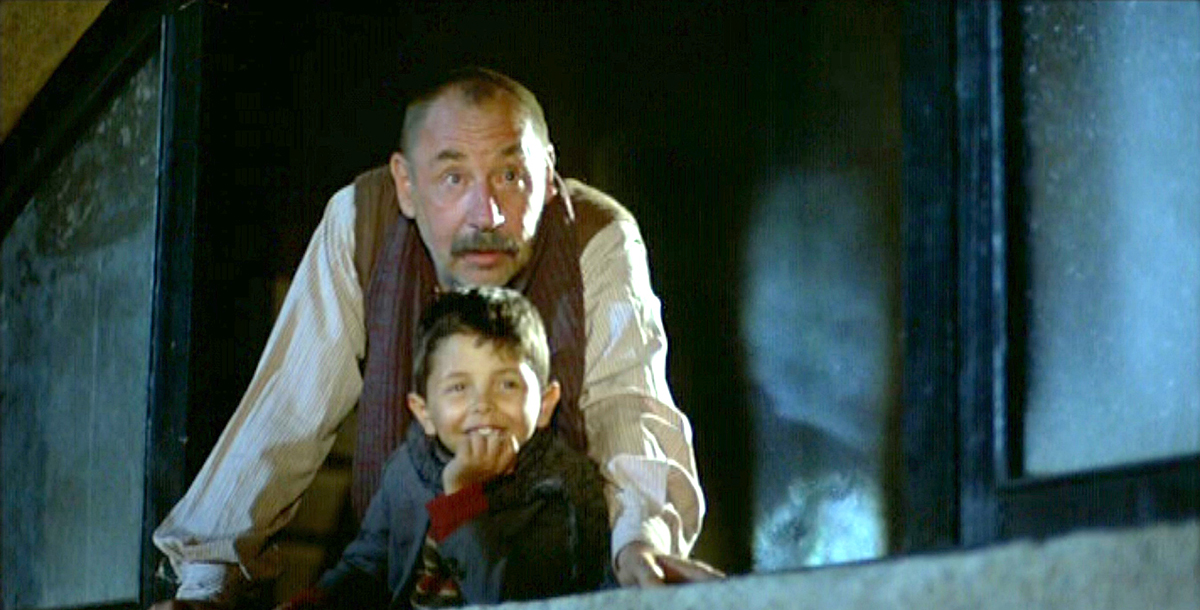 It’s a difficult question. Why do people need cinema? Is it merely to take us out of ourselves, to relieve ourselves temporarily of the burdens of life? Is it simply a form of escapism from the day-to-day problems that beset us – personal, familial, financial, moral, spiritual?

In The Cat’s Table (2011), Michael Ondaatje tells of a 16th century Dutch tapestry hanging in an Italian villa and depicting a garden scene. “These were tapestries that had been woven in cold attics in some northern country – places that may never have seen a wild boar or a dove or the lush greenery that was found in them.” A window onto a different world. Is that what cinema offers?

When the Lumière Brothers first screened films in late 19th century Paris, ordinary people saw themselves for the first time. Workers coming out of a factory, the arrival of a train at a station, politicians getting off a boat. Glimpses of the lives of others. Photography and moving images immediately fascinated people who previously only had scant recognition of their existence. In the UK, the earliest known home movies were made by Alfred Passmore in 1902, showing his family at home in south London and on holiday on the south coast.

Following in the steps of the Lumière Brothers, Georges Méliès is credited with creating film narration: documentaries, comedies, historical reconstructions, dramas, magic tricks, and féeries (fairy stories).When films began to tell stories, they identified and expressed the hopes and fears of those watching. They focused on archetypes and stereotypes symbolic of the realities of the human condition: life, death, love, conflict, success, failure, temptation, judgement, and the coexistence of good and evil. People flocked to see them.

What was the appeal? In her book Raising Kane and Other Essays (1971), American film critic Pauline Kael wrote, “At the movies we want a different kind of truth, something that surprises us and registers with us as funny or accurate or maybe amazing, maybe even amazingly beautiful… A good movie can take you out of your dull funk and the hopelessness that so often goes with slipping into a theatre; a good movie can make you feel alive again, in contact, not just lost in another city. Good movies make you care, make you believe in possibilities again.”

Even before the Covid-19 pandemic, which intermittently closed cinemas, the way audiences viewed and perceived films was changing. Film streaming platforms together with technological advances were giving audiences the option of where and when to watch. No longer was sitting in a crowd in relative silence and darkness the accepted way of viewing a film. No longer was it necessary to pay the cost of several tickets: a single low payment could suffice for several people to watch together. And they could choose from a broad menu of old to recent films that algorithms suggested might be to their liking.

The way films are made changed in the same way that they had changed when film moved from the cinema to television. “This film has been modified from the original version. It has been formatted to fit your screen.” Film production embraced digital technologies, which added several layers to the creative imagination.

Today, the film industry is becoming more and more IT-intensive and technologically advanced. For example, key aspects of filmmaking – from video editing, to animation, to visual effects (VFX) – are all moving to the cloud. The cloud helps solve data complexities that face film production, including real-time access to data sets from any global location. Major film studios are working with production teams distributed around the world to collaborate on top-secret film projects. With feature film data sets in the cloud, these postproduction editors are able to access data from anywhere and studios can be confident that their next blockbuster is protected.

With the introduction of virtual reality (VR) and 360º video, major studio players will want to offer moviegoers the ultimate immersive experience. They are expecting widespread consumer adoption of VR to grow, as well as theatre/cinema adaption to accommodate the new medium. And as VR technology advances and becomes more seamless, it opens up more options for filmmakers to tell stories, making both short and long form content viable.

With the rise in quality and affordability of 4K TV, streaming services, and home theatre systems, more people will likely stay in to watch movies. The industry will have to find ways to corner the market with better stories, more attention to quality filmmaking (not simply sticking to a formula), and high production standards. Viewers are no longer ignorant of cinematic techniques and they recognise innovation and imagination.

On the distribution side, the big studios are likely to take over the Netflix model and do it themselves, so customers will subscribe to the Universal or the Paramount channel for exclusive content. This concept has already been tried and tested by major symphony orchestras like the Berlin Philharmonic, which has its own state-of-the-art audio and video recording facilities and its own Digital Concert Hall.

Articles in this issue of Media Development explore different aspects of cinema’s future, recognising that people need art, drama, literature, music, and film in order to help make sense of the world and to find meaning. Even so, we should recall the wise words of Alfredo in Cinema Paradiso, “Life isn’t like in the movies. Life is much harder.”