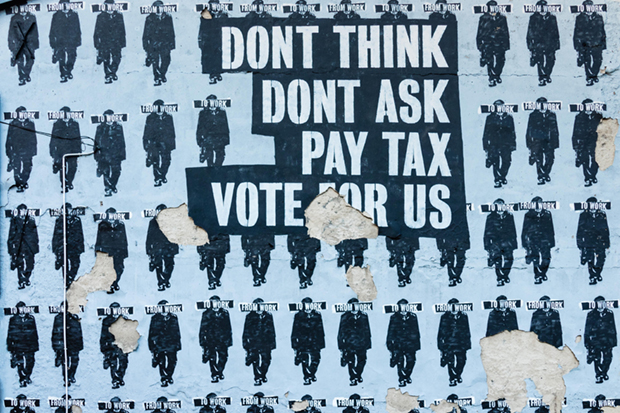 “When there’s a vacuum in our democracy, when we don’t vote, when we take our basic rights and freedoms for granted, when we turn away and stop paying attention and stop engaging and stop believing and look for the newest diversion, the electronic versions of bread and circuses, then other voices fill the void. A politics of fear and resentment and retrenchment takes hold. And demagogues promise simple fixes to complex problems. They promise to fight for the little guy even as they cater to the wealthiest and the most powerful. They promise to clean up corruption and then plunder away. They start undermining norms that ensure accountability, try to change the rules to entrench their power further. And they appeal to racial nationalism that’s barely veiled, if veiled at all.”

Obama’s words apply to anyone concerned about finding a balance of reasoned opinion in the world of news and opinion making. They apply to those responsible for writing and creating articles and images on topics that affect all our lives: conflict, the economy, climate change, violence against women, child abuse. They apply to those who use social media to aggravate misunderstanding or to incite hatred.

Social media platforms have dramatically altered the balance of media participation, even though they are subject to powerful ideological interests. For this reason, it is vital to maintain autonomy, diversity, and transparency in social media. Only if communication is participatory can it empower individuals and communities, challenge authoritarian political, economic and cultural structures and help to build a more just and peaceful world.

In this respect, as Barack Obama underlined, the biggest threat to democracy is indifference and cynicism. He did not use the well-worn words of John Donne writing in the 17th century, “Never send to know for whom the bell tolls; it tolls for thee.” But he meant them.

There is a place for bread and circuses, but not when they are intended to dull the mind or to cover up injustice. Those who use public or social media have a responsibility to be fair-minded, to present balanced opinions, and to take the opportunity to challenge intolerance and apathy.