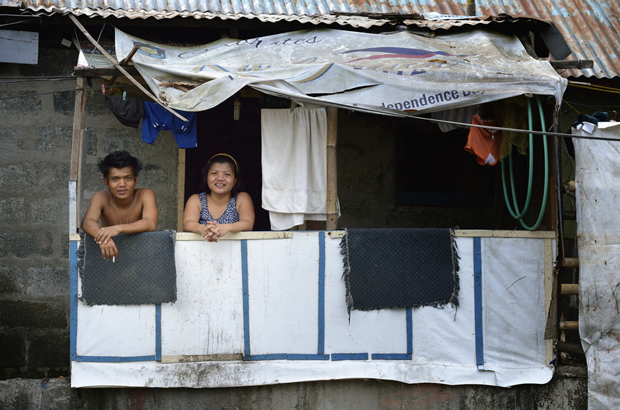 A man and woman look out from the window of their house over a river that runs through the suburban neighbourhood of Rodriguez, Rizal, in the Philippines. Photo: Paul Jeffrey/ActAlliance

The concept of communication rights, as it has developed over the last 40 years, has contributed to the cause of social justice around the world, notes the current issue of Media Development. It is up to civil society in alliances and partnerships to campaign for and bring about real social change, according to the articles in the Q1 2016 issue.

Communication as a fundamental human right arose from “a long-running debate in the 1970s and 1980s about a New World Information and Communication Order,” writes Media Development editor Philip Lee in the introductory editorial.

“What became known as the ‘right to communicate’ or ‘communication rights’ is now the subject of a considerable body of scholarly literature. Much of its history and evolution is explored in the book ‘The Right to Communicate’ and can be found on the WACC portal called Centre for Communication Rights,” Lee writes.

What does a rights-based approach to communication mean? It becomes a legal entitlement, rather than a commodity or service provided on a commercial or charitable basis. For example, to date freedom of information laws have been implemented in over 95 countries in relation to the public sector.

A rights-based approach also means that achieving basic and improved levels of access to communication should be a priority; that the “least served” should be better targeted and therefore inequalities reduced; that communities and vulnerable groups will be empowered to take part in decision-making processes; and that the means and mechanisms available in the UN human rights system will be used to monitor progress in realizing communication rights and in holding governments accountable, Lee says.

Reviewing various milestones in the development of the communication rights concept, Lee notes that the U.N. recognized that information and communication technologies “have shown their potential to strengthen the exercise of human rights, enabling access to information, freedom of expression, and freedom of assembly and association.”

However, he says, the communication rights movement itself “has been criticized for a failure to demonstrate how sustainable development and the eradication of poverty can be enhanced, facilitated, or advanced through the implementation of communication rights.”

To read more in the full issue, subscribe here to Media Development.