Posted at 16:36h in One Year Projects by wacc_kn 0 Comments 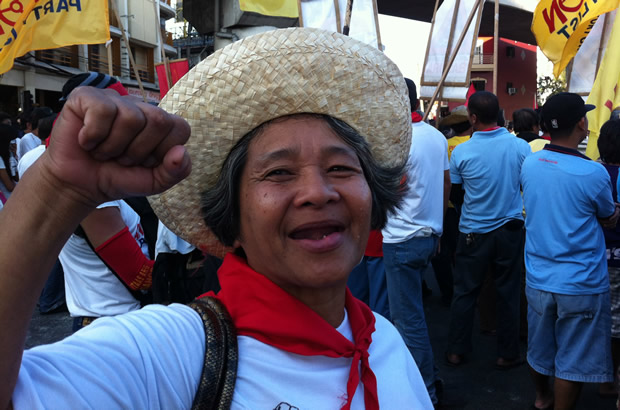 Despite their involvement in various movements aimed at advancing their political, socio-economic and cultural rights in Filipino society, the voice of women from marginalized communities such as the urban poor, youth, and migrant family communities is frequently excluded from mainstream media. This undermines their communication rights and furthers their social inclusion in the country. The project Media Makers: Strengthening Voices of Filipino Women from Marginalised Communities sought to ensure the communication rights of Filipino women through trainings in citizen journalism for marginalized women, media communication skills for women leaders, and gender-sensitive reporting for journalists and student journalists. Pinoy Media Center (PMC) is a non-profit, non-governmental organisation committed to grassroots media development, information communication for advocacy, and bridging the gap between the media and marginalised communities. In 2002, PMC established Pinoy Weekly as an alternative publication to report on underrepresented sectors of Philippine society: women, youth, urban poor, migrants, workers, and peasants and indigenous peoples. Through this project, women trained in news and feature writing, opinion writing, photography, and broadcasting were encouraged to become regular correspondents for Pinoy Weekly, and were also helped to create their own community media outfits. PMC saw the project as a way of strengthening the voices of marginalised women and men to ensure that their collective concerns were represented in any form of media.