Media monitor through gender lens: It’s all about the data
21378
post-template-default,single,single-post,postid-21378,single-format-standard,theme-bridge,bridge-core-2.6.1,woocommerce-no-js,qode-page-transition-enabled,ajax_fade,page_not_loaded,,qode-title-hidden,columns-4,qode-child-theme-ver-1.0.0,qode-theme-ver-28.4,qode-theme-bridge,qode_header_in_grid,qode-wpml-enabled,wpb-js-composer js-comp-ver-6.7.0,vc_responsive 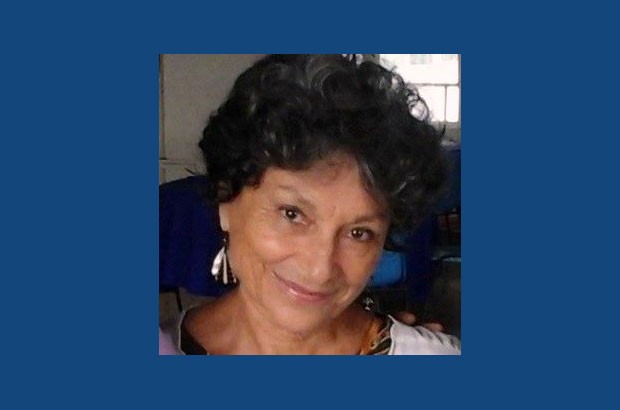 23 May 2019 Media monitor through gender lens: It’s all about the data

(This is the second in a series of articles about veteran volunteers for the Global Media Monitoring Project.)

For Hillary Nicholson, the Global Media Monitoring Project (GMMP) has provided useful data that has helped her organization, WMW-Jamaica (formerly Women’s Media Watch) in its advocacy and training of gender/media activists.

The representation of women and gender in all forms of media, including news media has been a core part of WMW’s concerns and programs, says Nicholson, who is also GMMP national coordinator for Jamaica. “There is a perfect fit between WMW and GMMP.”

Nicholson says the GMMP is important because “the representation and participation of women in news media is linked to human rights and communication rights.”

When women are marginalized in the news, when their contributions to development and society in general are ignored and devalued, when they are subjected to stereotypes, that is “indirectly linked to gender-based violence,” which is central to WMW-Jamaica’s work, she says.

When women are excluded from news, they are not only invisible today, but will largely be written out of history, she adds. “After all, whoever or whatever doesn’t appear in today’s news may be lost from history if it’s not documented. Women’s lives should not be left out of news or history,” says Nicholson. “So, generating data that shows discrimination against women in news media is important.”

Nicholson, who has been involved with GMMP since 1995, describes her experience as “intriguing – that’s why I’m still involved!”

She underscores the importance of having a standardized research methodology worldwide, saying it allows for country and regional comparisons to be made. “Seeing the longitudinal data over the years since 1995 is useful and motivating.”

Nicholson cites the important role GMMP has played in advocating for gender equality at a global and national level. In Jamaica, women’s rights activists have used GMMP methodology to conduct their own studies of news and gender in years when there is no GMMP.

The GMMP methodology has also been used in Belize to study news coverage of female politicians during elections.

“It’s important that it [GMMP] is a global movement. It makes us feel we are part of something important,” Nicholson added. Its global nature and WMW’s involvement “aids in giving our advocacy work some credibility with skeptical journalists in Jamaica.”

Nicholson says the camaraderie and teamwork of those who get involved in the GMMP has also been a big draw for her.

Organized by WACC, the GMMP is the largest and longest-running
longitudinal study on gender in the world’s media. Through the years, it
has been an important tool used by many for national and international
advocacy efforts to change the representation of women in the media. Data gathered from the last GMMP in 2015 showed, among other things, that women are still largely invisible in the news — only 1 in 4 people heard, read about or seen in newspaper, TV or radio news are women.

The next GMMP is scheduled for 2020. To help with or donate to the campaign, please click here.

Photo above: Hillary Nicholson has been involved with WACC’s Global Media Monitoring Project since its inception in 1995.