Posted at 11:40h in Uncategorized by wacc_kn 0 Comments 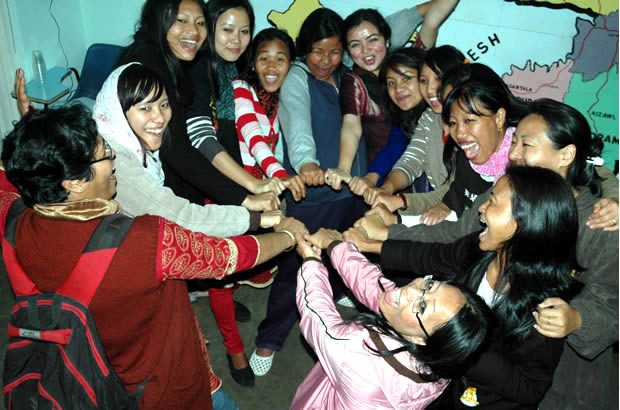 The Other Media is a civil society forum that promotes human rights, security and peace among indigenous and marginalized peoples. Working in north-east India it organized a six-month training programme to equip and empower women with knowledge and skills to use new media and film to communicate their voices. Seventeen young women from nine organizations working with Indigenous peoples’ communities in five States were trained in video and new technologies with the input of local experts. The project took place against a background in which the struggle for recognition of rights, particularly those of women, has intensified in a context of people displaced by ongoing conflict. The Naga Peoples’ Movement for Human Rights and several groups working on rural issues, climate change, indigenous and minority rights, and women’s rights now count on local women trained to better communicate their concerns and to advocate for social change.