Mobilising against Child Trafficking and Exploitation in Cameroon
20335
post-template-default,single,single-post,postid-20335,single-format-standard,theme-bridge,bridge-core-2.6.1,woocommerce-no-js,qode-page-transition-enabled,ajax_fade,page_not_loaded,,qode-title-hidden,side_area_uncovered_from_content,columns-4,qode-child-theme-ver-1.0.0,qode-theme-ver-24.6,qode-theme-bridge,qode_header_in_grid,qode-wpml-enabled,wpb-js-composer js-comp-ver-6.4.2,vc_responsive

27 Aug 2014 Mobilising against Child Trafficking and Exploitation in Cameroon

Posted at 11:48h in Uncategorized by wacc_kn 0 Comments 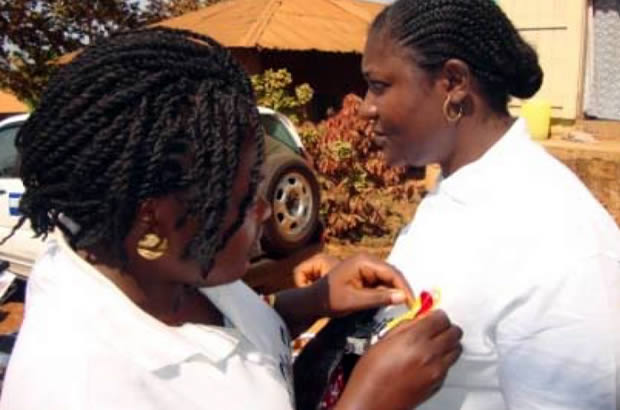 Global Welfare Association (GLOWA) produced a documentary depicting child trafficking and exploitation in Cameroon especially in the North West Region and used it for community education in a campaign code-named “proofing child trafficking: campus tour campaign”. Cameroon has a law on child trafficking and enslavement promulgated in 2005 but that has remained very much unknown especially among working children and people in communities most prone to trafficking. GLOWA translated this law into the English Language and produced 2,500 copies for awareness-building in schools, communities and during public events. Every visitor to GLOWA office was educated on this law and given copies and encouraged to talk to others. GLOWA obtained authorization to carry out sensitization in primary schools after which a campus tour campaign was organized in Ngie, Widikum, Jakiri and Kumbo Sub-Divisions. The documentary was a major tool used for the education of children especially orphans who are most likely to be trafficked. Children at risk of being trafficked when they leave primary school took active parts in discussions held in their schools. They were expected to relay the information to their parents and community members. GLOWA also produced a Radio Program named ‘Talk With Society’ in six editions which were broadcast 12 times. Programs were shaped around the testimonies of victims and other children and discussions by activists. Finally, an encounter between the children and the Governor of the region was organized during which the children called on government to protect them from trafficking and exploitation.