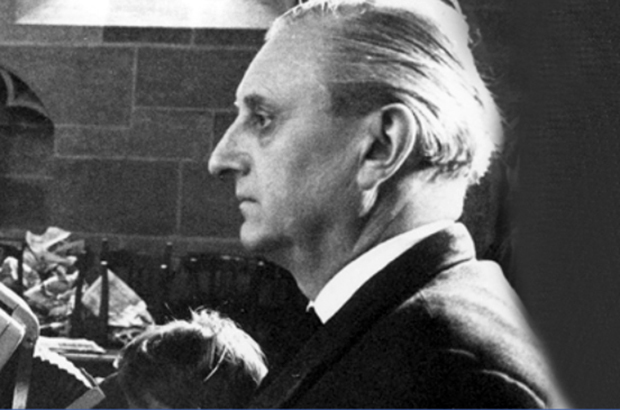 A new online resource has been launched to honour Robert Geisendörfer, sometimes called the “father of Protestant media” in Germany and one of the founders of the World Association for Christian Communication (WACC).

Born in 1910, Geisendörfer became the founding director of the German Protestant media umbrella organisation GEP in 1973, having built up the Bavarian Protestant Press Association EPV after the Second World War and the years of the Nazi dictatorship.

Geisendörfer is seen in Germany as an inspiration for Christian journalism and communication. A prize named after him has been awarded since 1983 to recompense outstanding productions in German broadcasting.

“As a highly respected personality within German Protestant circles, Geisendörfer could win the trust and support of the churches, missions and secular institutions and groups for those actively involved in Christian communication,” noted Hans-Wolfgang Hessler, a successor to Geisendörfer as director of GEP, in a tribute published in “A Labour of Love”, the history of the World Association for Christian Communication (1975-2000).

The new online resource www.robert-geisendoerfer.de was launched by EPV to mark the 40th anniversary of Geisendörfer’s death on 26 February 1976. It includes film and audio clips from the EPV archive as well as previously-unpublished documents, photographs and texts, the Protestant web portal evangelisch.de reported.

The resource is titled “A Voice for the Voiceless”, a reference to Geisendörfer’s oft-cited remark that the task of church media work is to “be an advocate, demonstrate compassion, and be a voice for the voiceless”.

In 1949, a study visit to the United States convinced him of the need for church journalism to maintain and promote an international perspective.

This propelled Geisendörfer, who was also a broadcasting commissioner for the Evangelical Church in Germany (EKD), to become involved in the World Association for Christian Broadcasting, one of the forerunners of WACC.

When WACC was founded in 1968 as a merger of WACB and the Coordinating Committee for Christian Broadcasting, Geisendörfer was elected the new organization’s first treasurer, a post he held until his death in 1976.

He was also the chair of a group of media professionals, journalists and communicators active in Europe who described themselves as WACC’s “European group”, the forerunner of the WACC European Region, and was a co-founder of the European Festival of religious television programmes as an ecumenical endeavour with the International Catholic Association for Radio and Television (Unda).

At the founding assembly of WACC Europe in 1975, Geisendörfer described the decision to create the region as a declaration “that we believe Europe has a future and that we want to take part in shaping that future”.

He continued: “The association which we are establishing today has yet another dimension in addition to our common Christian heritage and our political commitment: it is a witness to our conviction that communication must be taken as a whole.”

Stephen Brown is a freelance journalist, president of WACC Europe and a member of WACC’s Board of Directors.