No impunity for those who use violence against journalists, says WACC
23375
post-template-default,single,single-post,postid-23375,single-format-standard,theme-bridge,bridge-core-3.0.1,woocommerce-no-js,qodef-qi--no-touch,qi-addons-for-elementor-1.5.4,qode-page-transition-enabled,ajax_fade,page_not_loaded,,qode-title-hidden,columns-4,qode-child-theme-ver-1.0.0,qode-theme-ver-28.6,qode-theme-bridge,qode_header_in_grid,qode-wpml-enabled,wpb-js-composer js-comp-ver-6.9.0,vc_responsive,elementor-default,elementor-kit-41156 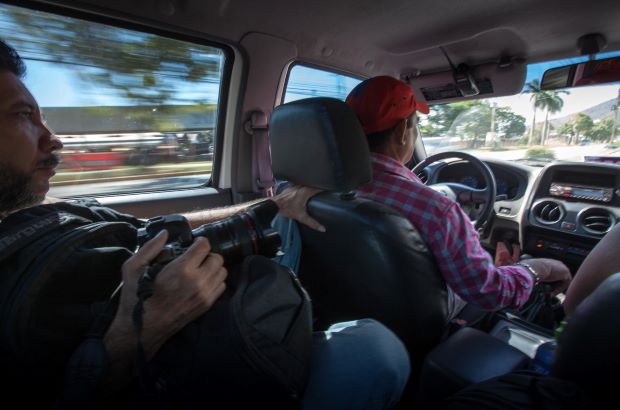 01 Nov 2019 No impunity for those who use violence against journalists, says WACC

Journalists who challenge corruption and the abuse of power deserve special government protection, WACC General Secretary Philip Lee said on the occasion of the International Day to End Impunity for Crimes against Journalists, Saturday, November 2.

“There should be no impunity for those who use violence against journalists and media workers,” said Lee in a statement. “WACC supports international calls to promote a safe and enabling environment for journalists to perform their work independently and without undue interference.”

In the last 10 years, at least 881 journalists have been killed around the world “for simply telling the truth,” said UNESCO Director-General Audrey Azoulay.  “Forty-four have died so far in 2019 alone. In almost nine out of 10 cases, these crimes have gone unpunished,” she noted in a statement.

The Committee to Protect Journalist (CPJ) says “war and political instability have fostered a deadly cycle of violence and impunity, along with inaction by states worldwide.”

In a new report, Getting Away with Murder, CPJ said “unchecked corruption, ineffective institutions, and lack of political will to pursue robust investigations are all factors behind impunity.”

These countries, the CPJ noted, come from “a mix of conflict-ridden regions and more stable countries where criminal groups, politicians, government officials, and other powerful actors resort to violence to silence critical and investigative reporting.”

This year’s observance of the International Day to End Impunity for Crimes Against Journalists, focuses on the plight of local journalists through the campaign, #KeepTruthAlive.

The campaign “challenges the perception that murders only happen far from the public eye, primarily targeting foreign war correspondents,” said UNESCO. Statistics have shown that journalists reporting on corruption and politics in non-conflict situations represented 93% of journalist killings in the past decade.

International observance began in 2014, following the UN General Assembly’s adoption of a resolution in 2013, which recognized “the far-reaching consequences of impunity,” and urged member states to “do their utmost to prevent violence against journalists and media workers” and to ensure “impartial, speedy and effective investigations into all alleged violence” against them.