One Minute of Inclusion for People with Disabilities
20447
post-template-default,single,single-post,postid-20447,single-format-standard,theme-bridge,bridge-core-2.6.1,woocommerce-no-js,qode-page-transition-enabled,ajax_fade,page_not_loaded,,qode-title-hidden,side_area_uncovered_from_content,columns-4,qode-child-theme-ver-1.0.0,qode-theme-ver-24.6,qode-theme-bridge,qode_header_in_grid,qode-wpml-enabled,wpb-js-composer js-comp-ver-6.4.2,vc_responsive

22 Sep 2014 One Minute of Inclusion for People with Disabilities

Posted at 23:14h in Uncategorized by wacc_kn 0 Comments 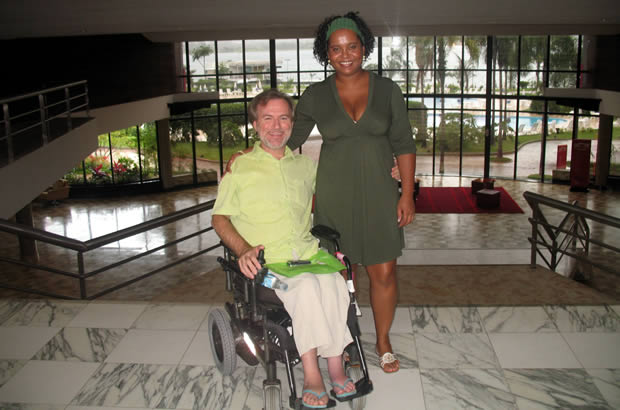 Minute of Inclusion, MID, Brazil. This is the second year of a project which started in 2007. The original project gave rise to new challenges and alliances and as a result further support was provided. The original project enabled disabled people to produce and present good quality radio programmes to advocate on their own behalf. Its radio programmes are broadcast through Brazil’s RADIOBRAS network and network of community radio stations in several of Brazil’s regions. A cooperation agreement signed between MID and group of 300 small radio station in the interior of Brazil enabled the voice of disabled people to reach groups where there is very little awareness of disabled people’s rights. The programme receives feedback from some of the most isolated spots in Brazil, including the Amazon and the interior of Brazil’s North East. It is also broadcast through some 25 web radios. A partnership with the Latin American Network of Radios for Human Rights means that the programmes are now also produced in Spanish and distributed to some 180 radio stations throughout Latin America.