Promoting ‘hope speech,’ one post at a time
36674
post-template-default,single,single-post,postid-36674,single-format-standard,theme-bridge,bridge-core-3.0.1,woocommerce-no-js,qodef-qi--no-touch,qi-addons-for-elementor-1.5.1,qode-page-transition-enabled,ajax_fade,page_not_loaded,,qode-title-hidden,columns-4,qode-child-theme-ver-1.0.0,qode-theme-ver-28.6,qode-theme-bridge,qode_header_in_grid,qode-wpml-enabled,wpb-js-composer js-comp-ver-6.8.0,vc_responsive,elementor-default,elementor-kit-41156 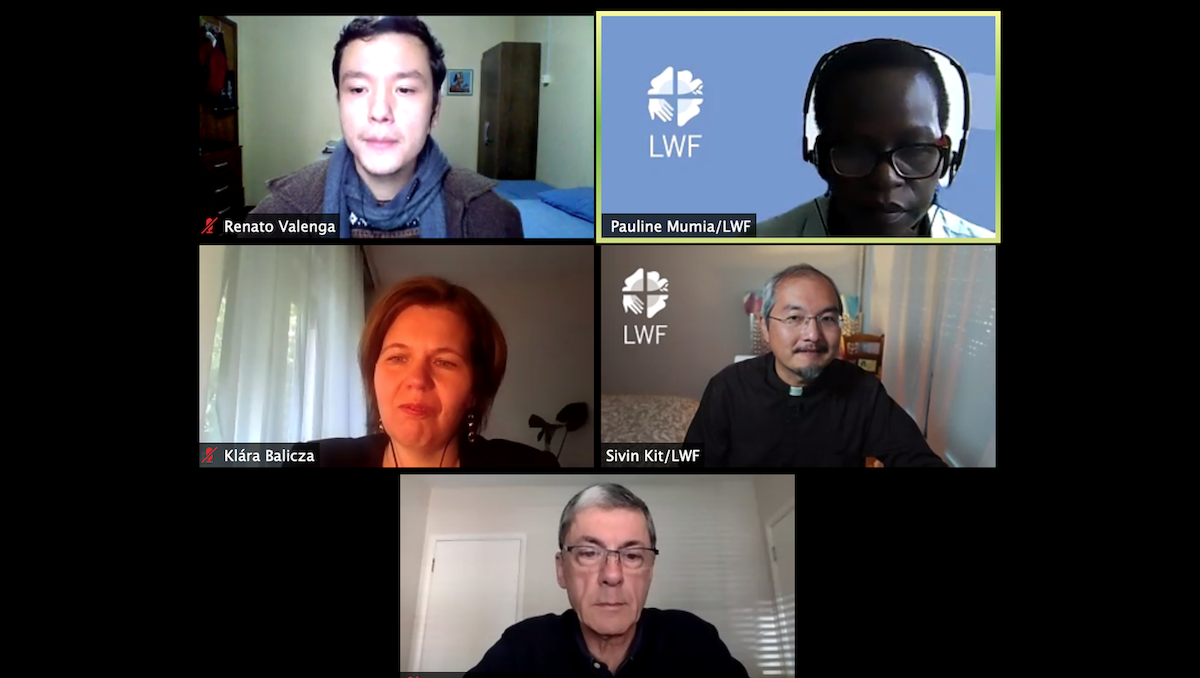 There’s a need to address the social and political impact of repeated exposure to images and narratives that denigrate and discriminate particular groups of people in society, not just on social media but in all forms of communication, said WACC General Secretary Philip Lee.

Lee was one of the speakers at the Lutheran World Federation webinar on “Hope Speech, not Hate Speech: Addressing hostility and overcoming divisiveness in the public space” May 26.

While social media and other online platforms have significantly helped peddle hatred and discrimination in today’s world, Lee noted the ways in which they have also taken place in traditional mass media and communications.  He cited as examples the key role played by Télévision Libre des Mille Collines, a government-owned radio station in Rwanda, in inciting the Rwandan genocide in 1994, and the findings of Reel Bad Arabs,a book by Jack Shaheen which analysed films from 1896 to 2000 and found that a majority of them portrayed Arabs as villains.

Lee also highlighted a 2020 project by WACC Europe, Breaking Down the Social Media Divides, A Guide for Individuals and Communities to address Hate Online, which he said was based on the principle that all people have the right to live in dignity, free from discrimination. “This applies everywhere, including in our online interactions,” he said, quoting the report’s call “to find ways to break down divides, to build or rebuild conversation, and to promote diversity and respect online.”

In her opening remarks, Jocelyn Fuller, Senior Director of Strategic Communications at the Evangelical Lutheran Church in America (ELCA), noted that in the face of rising hate speech, the ELCA has been “creating spaces for hope” and thinking in new ways about how their own communication can reflect meaningful and respectful dialogue. “We are living in turbulent times,” she said, noting how even churches are reflecting divisions in society.

She said that ELCA’s social media team has prioritized respectful dialogue and the promotion of hope speech, citing as an example a video “message of hope” delivered each Friday by ELCA Bishop Elizabeth Eaton. “It’s not an easy task, but we try to do it every day,” said Fuller.

Other speakers at the event were Klára Balicza, Coordinator at the Department for Ecumenical and Foreign Relations, The Evangelical Lutheran Church in Hungary; and Renato Valenga, Youth Leader, Evangelical Church of the Lutheran Confession in Brazil.

Balicza took a linguistic approach to hate speech, citing the speech act theory that views language as performative. “We do something with it,” she said, noting that what is being said has an intention or intended effect. She also viewed it from a theological perspective, noting that “God is the Word; the living and active word.” God’s word, she said, is “meant to heal, to break down barriers.”

Valenga, who is a journalist by profession, cited the importance of media literacy in addressing hate speech. “It’s important to create spaces for dialogue, for rethinking our relationship with social media, especially now that the online versions of ourselves are now constantly present in the real world,” he said.

Lee and Balicza also noted how people don’t agree on what constitutes hate speech. Hate speech is a shorthand, an umbrella term for something that has repercussions or incites violence, said Lee. “The problem is, social media is unregulated, so it’s a minefield.”

Balicza said “different cultures have different sensitivities,” so what may constitute hate speech in one culture, may not necessarily be seen as that by another.

Over 100 people attended this webinar on a topic that many faith-based and secular institutions are grappling with worldwide.