The Philippines is facing another crackdown on media freedoms. 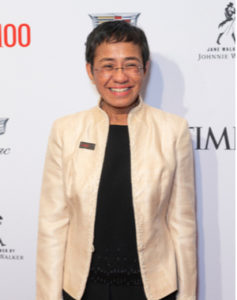 On June 15, 2020, a court in the capital Manila, convicted former CNN journalist Maria Ressa and former Rappler writer Reynaldo Santos Jr. of cyber libel for publishing an article that implicated a prominent businessman who was allegedly involved in human trafficking and drug smuggling.

The article was published before the cyber libel law was enacted, prompting rights activists to label the charges as another attack by the administration of President Rodrigo Duterte on press freedom and critical reporting.

Rappler describes itself as “a social news network where stories inspire community engagement and digitally fuelled actions for social change.”  Ressa  co-founded the online website in 2012, and is its CEO and executive editor. Rapler’s coverage of the state’s crackdown on illegal narcotics, which has left thousands of suspected petty drug peddlers dead, soon attracted the wrath of Duterte.

Since 2018, Rappler and Ressa have been charged 11 times, with cases ranging from alleged tax violations to corporate foreign control. Ressa has said that the multiple legal proceedings and arrests are all part of an official attempt to shut Rappler down.

Other news outlets critical of Duterte are also facing similar pressures. In 2017, Duterte also accused the Philippine Daily Inquirer of tax evasion. Last May, broadcast giant ABS-CBN was forced to shut down after the Philippine Congress failed to renew its franchise.

The scene is reminiscent of the dictatorship of Ferdinand Marcos, who in 1972 declared martial law, closed down all newspapers and broadcast stations and put dozens of journalists in jail. When the presses and broadcast networks reopened, they were all owned by Marcos kin and cronies and were censored by the presidential palace.

Duterte is said to be an admirer of Marcos, but he is using a 21st century strategy to control the media. It consists of flooding information spaces with disinformation and fake news while attacking legitimate purveyors of news.

Many institutions are working to create free and safe environments for journalists and media workers with a view to strengthening peace, democracy, and development. Unfortunately, leaders both North and South are actively challenging media freedom. Many of the journalists killed in the past decade (e.g. in Mexico) were local journalists targeted for covering conflict, corruption, or gang violence in local communities.

Civil society has a responsibility to advocate for greater protection and zero impunity for attacks on journalists. Sadly, the Philippines is just the latest country where power and corruption are ruling the day.