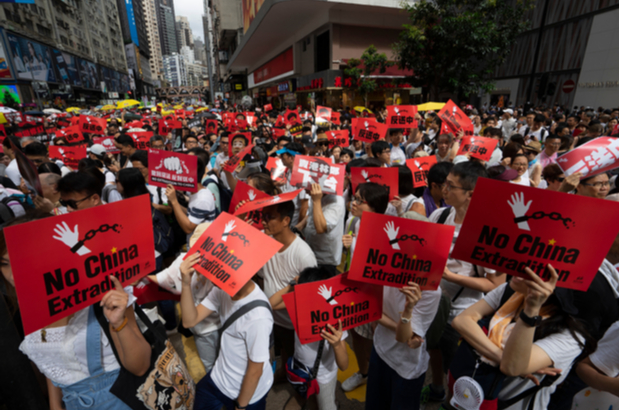 Digital technology is a growing force in today’s world. Since advocacy groups during the Vietnam War became incensed by televised images of suffering and torture, information and communication technology has changed the way we interact with the world around us.

But it was only during the Arab Spring that many came to realize that television wasn’t the only way of keeping people informed. Social media had become a prominent force in not only raising world-wide awareness in seconds but also bringing people together to protest almost anything.

Protests used to recruit members by circulating advertisements, such as pamphlets and radio announcements. After months of planning, the March on Washington became the pinnacle of rallies in the U.S. Civil Rights Movement, when hundreds of thousands joined to protest for full employment and racial equality in the United States. Almost a decade of advocacy and resistance went by before the U.S. government decided to enact the anti-segregation legislation.

In today’s world, it takes a matter of seconds to raise awareness of issues around the world. From South Sudan to Serbia, 2019 has seen the majority of protest recruiting, organization and advocacy go digital. Expanding consciousness, both regionally and internationally, creates increased pressure for governments to concede to the demands of the masses.

In some countries, social media are the only way to make voices heard. In reference to the Serbian protests, actor Branislav Trifunović states that, “Social networks have remained the only possible way for the people to be told, truthfully, about what is happening. Broadcasters are, in one way or another, owned by the ruling party.”

However, governments are catching on. During the 2011 Egyptian uprisings, the government ordered an internet blackout to halt protestors from disseminating information and setting up demonstrations. In 2019 alone, Indonesia, Kashmir, Sri Lanka and South Sudan, among others, saw a complete internet blackout during their protests in order to prevent dissent and backlash.

As a result, people are turning to more encrypted mediums of communication. In April 2019, the government of Hong Kong proposed a bill allowing fugitives to be extradited to mainland China, causing millions to protest. After the bill was withdrawn, protesters shifted their focus to advocating for full democracy, civil liberties, and complete autonomy from China. According to the South China Morning Post, Hong Kong protestors have been forced to utilize encrypted messaging apps and peer-to-peer communication to ensure anonymity and avoid government detection and persecution.

Nevertheless, people shouldn’t have to find loopholes on the internet to ensure their voice and message are heard. The right to seek and disseminate information is a basic human right and should not be infringed by the government – especially to suppress individual opinions and democracy as a whole.

How governments across the world choose to deal with this will determine their genuine commitment to citizens’ fundamental human rights.

Photo above, by  John Ye/Shutterstock