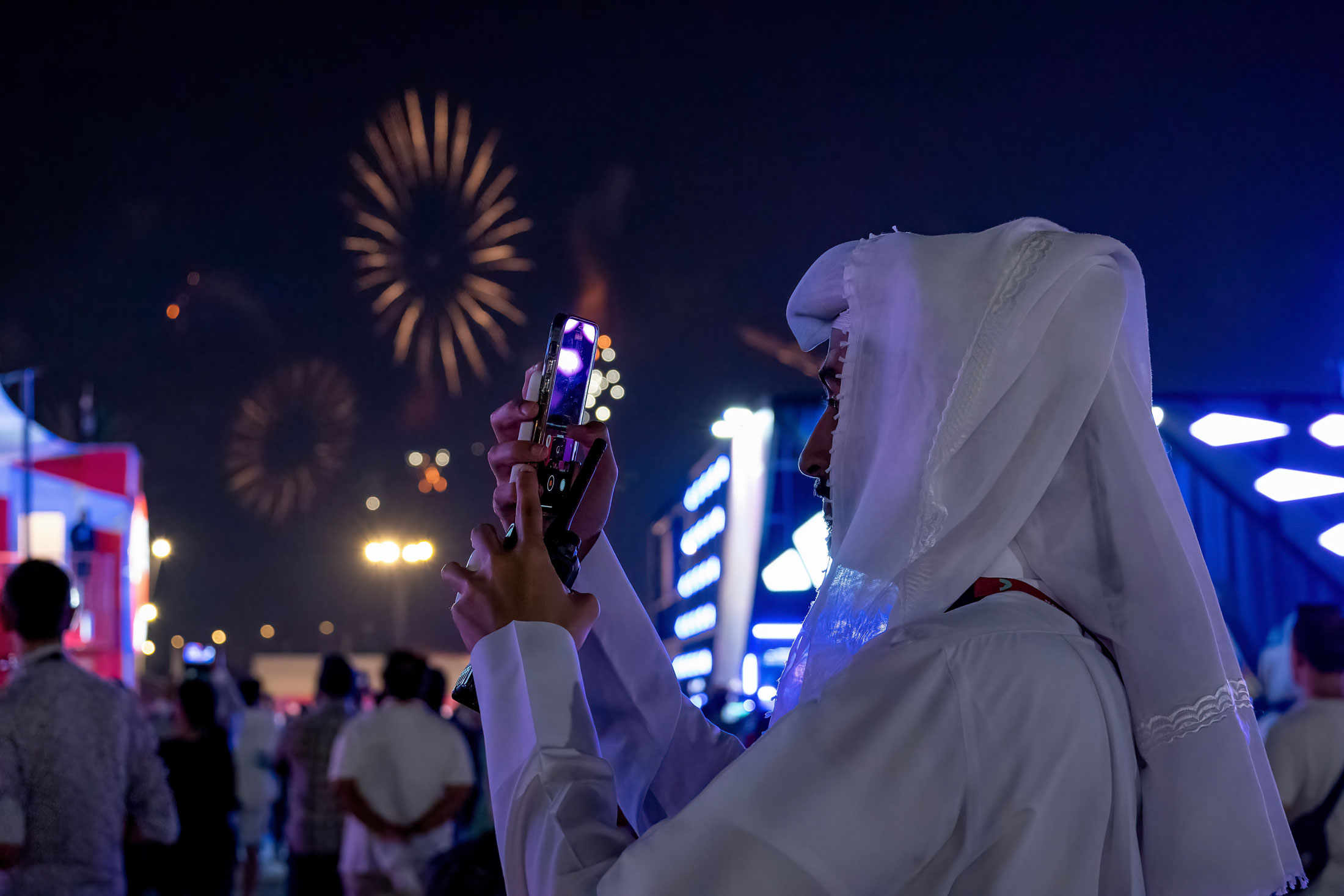 For many, digital surveillance is a big “So what?”, the unavoidable risk of using the technology. For others, it can mean obstruction, harassment, detention, unfair trial, and imprisonment.

Over 1.2 million international visitors were expected to visit Qatar to watch the FIFA World Cup. Worldwide fervour guaranteed thousands of journalists covering the event, and billions of fans attending matches or watching on television. FIFA has already earned $7.5bn in revenue through four years of commercial deals tied to the 2022 World Cup.

Provocatively and to its credit, the BBC ignored the opening ceremony in favour of a short commentary criticising Qatari treatment of migrant workers and LGBTQ rights in the country, and highlighting corruption at FIFA.

According to Human Rights Watch (HRW), FIFA granted Qatar the games in 2010 with no due diligence on human rights and no conditions about protection for the migrant workers needed to build the massive infrastructure. We now learn that upwards of 400 migrant workers died on World Cup projects. FIFA also failed to consider systemic discrimination against women and human rights concerns for journalists.

Qatar’s 2014 cybercrimes law provides for up to 3 years in prison and a fine of 500,000 Qatari riyal (US$137,000) for anyone convicted of spreading undefined “false news” on the Internet or for posting online content that “violates social values or principles”, or “insults or slanders others”. Some international journalists have been detained while reporting in Qatar, forced to recant, and their work destroyed.

Telecommunications service-providers in the country are licensed by the Communications Regulatory Authority (CRA), affiliated with the Ministry of Communications and Information Technology. Internet use is heavily censored (e.g., restrictions on the use of voice and video calling apps). Qatar also carries out systematic Internet surveillance.

Everyone visiting Qatar during the World Cup was told to download the “Hayya to Qatar 2022” app – on Google – used to manage entry permits to the country, keep track of match tickets, and gain access to stadiums and free public transport during the tournament. Security experts commented that this was like giving the Qatari authorities the key to your front-door.

Ehteraz is the official Covid-19 contact-tracing app for the State of Qatar and is owned, operated, and approved by the Ministry of Public Health. It asks for access to read, delete, or change all content on the phone, as well as to connect to WiFi and Bluetooth, override other apps and prevent the phone from going into sleep mode.

If it didn’t before, the whole world now knows that Qatar’s human rights abuses include digital surveillance as a means to coerce and oppress. FIFA should have known better than to award Qatar the World Cup. But where there are big bucks, greed blinds people to honesty and moral courage.