Posted at 14:45h in Uncategorized by wacc_kn 0 Comments 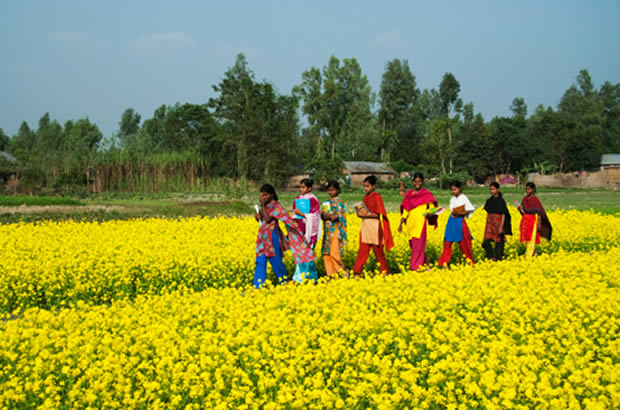 WACC’s Bangladeshi partner , the Centre for Communication and Development (CCD) has worked alongside indigenous people and used communication and advocacy campaigns to create awareness and create public opinion around the situation of Bangladesh’s indigenous people which are largely absent from the mainstream media. During 2008 the Government of Bangladesh approved a policy to regulate community radio and the National Regulatory Committee headed by the Information Secretary selected 116 organisations as suitable to be granted broadcasting licenses. With this project, CCD took up the challenge and sought to use communication to empower and build the communication rights of indigenous people by producing programmes for a Rajshshi-based radio station, establishing an on-line station and by providing training for indigenous young women and men who then were able to create and manage an indigenous radio station. In 2010 CCD finally received one of the 12 broadcasting licenses for non profit making organisations granted by the Government of Bangladesh. The indigenous peoples of one of the poorest regions of Bangladesh, the region of Rajshahi, have now better access to media and to information. 37 indigenous women and men from different indigenous communities are better able to produce programmes for the first online radio by and for indigenous people in Bangladesh in the four major vernacular languages. The success of this project means that indigenous communities in Bangladesh now have a vehicle where they can raise their voices and opinions allowing them to take active part in their country’s development efforts and democratic processes. After WACC’s support came to an end, the group received support from UNESCO which came forward to support the continuation of the project activities and to provide follow up training for the trainees that took part in the WACC supported project. CCD’s director said that he believed that without WACC’s key support CCD would not have been able to gain UNESCO’s support for continuing the project activities.