Reducing Stigma and Discrimination among the People Living with HIV and AIDS in Lahore
20316
post-template-default,single,single-post,postid-20316,single-format-standard,theme-bridge,bridge-core-3.0.1,woocommerce-no-js,qodef-qi--no-touch,qi-addons-for-elementor-1.5.6,qode-page-transition-enabled,ajax_fade,page_not_loaded,,qode-title-hidden,columns-4,qode-child-theme-ver-1.0.0,qode-theme-ver-29.2,qode-theme-bridge,qode_header_in_grid,qode-wpml-enabled,wpb-js-composer js-comp-ver-6.10.0,vc_responsive,elementor-default,elementor-kit-41156

Posted at 12:33h in Uncategorized by wacc_kn 0 Comments 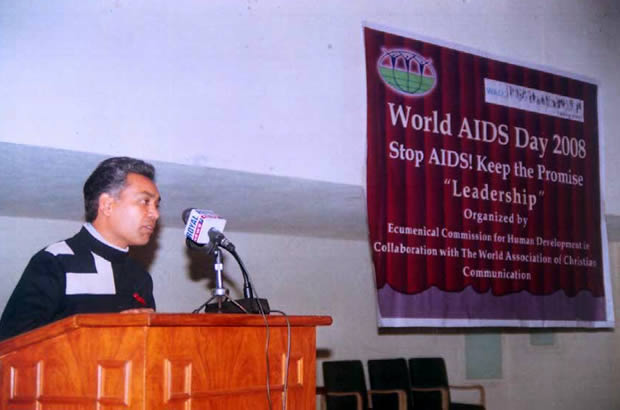 The project resulted in sensitization of community members including religious, political leaders, government official, young people both school going and out of school, people living with HIV and AIDS, their families and associates on HIV and AIDS and reducing stigma and discrimination related to STIs, HIV and AIDS. It developed and designed IEC material for promotion and communication for better understanding and greater awareness of HIV and AIDS and their stigmatizing and discriminatory effects among people of influence. It also trained church and community leaders, youth leaders, women’s groups and human rights activists in communication skills and strategies to reduce stigma, discrimination and denial. Further capacity-building took place among people living with or affected by HIV and AIDS giving them communication skills and training them to develop strategies and tools to address stigma and discrimination, including self-stigmatization.