Restoring a sense of justice to history
37860
post-template-default,single,single-post,postid-37860,single-format-standard,theme-bridge,bridge-core-3.0.1,woocommerce-no-js,qodef-qi--no-touch,qi-addons-for-elementor-1.5.6,qode-page-transition-enabled,ajax_fade,page_not_loaded,,qode-title-hidden,columns-4,qode-child-theme-ver-1.0.0,qode-theme-ver-29.2,qode-theme-bridge,qode_header_in_grid,qode-wpml-enabled,wpb-js-composer js-comp-ver-6.10.0,vc_responsive,elementor-default,elementor-kit-41156 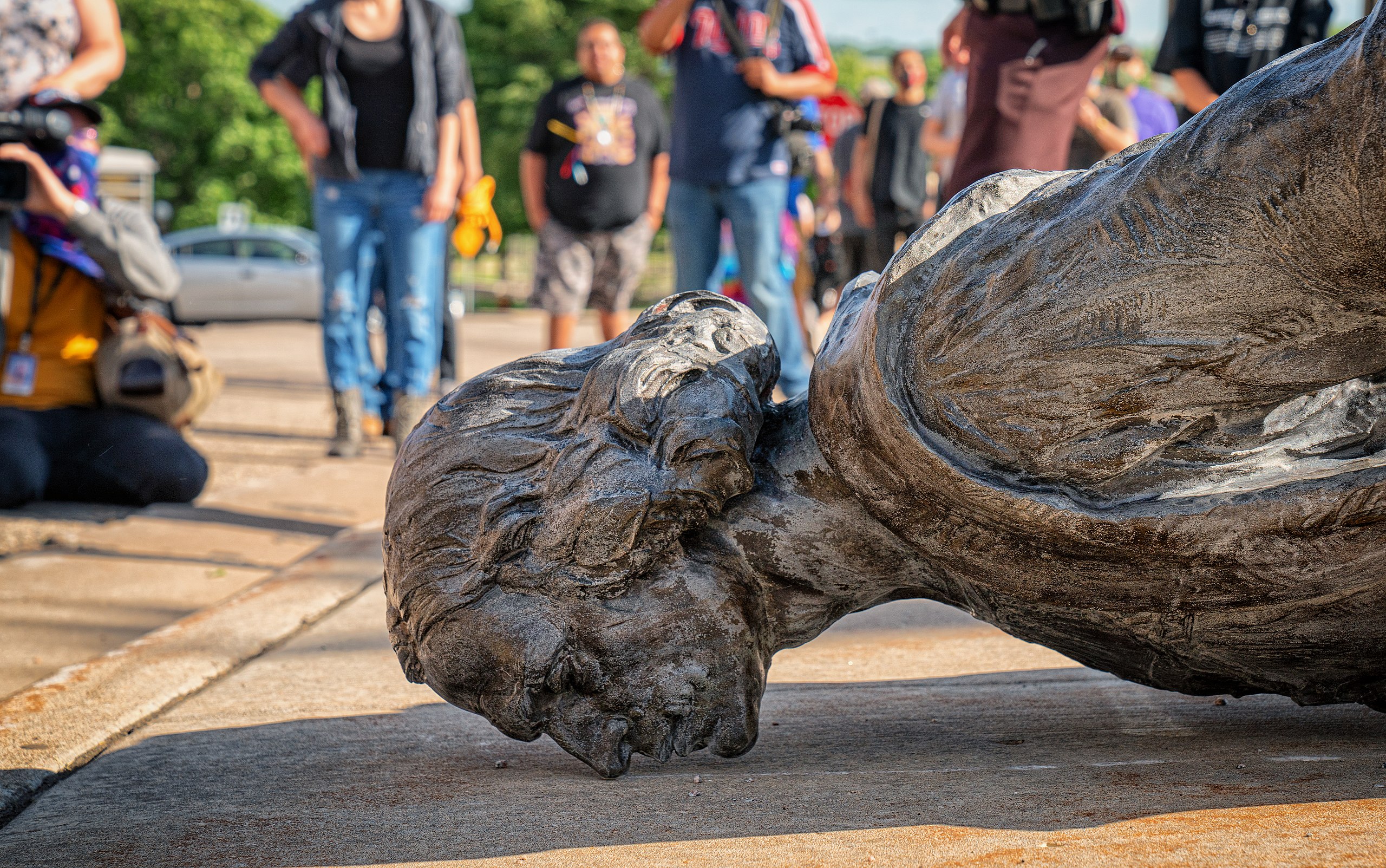 09 Aug 2021 Restoring a sense of justice to history

By targeting monuments that celebrate historic figures who actively contributed to institutional racism and the oppression of marginalised peoples, Black Lives Matter and others have implicitly questioned the way collective memory is fashioned.

Protests of this kind are an effective communication strategy for challenging political, social, and developmental injustices. As Elie Wiesel famously said, “There may be times when we are powerless to prevent injustice, but there must never be a time when we fail to protest.”

Collective memory encompasses both products (e.g. books and statues) and practices (e.g. commemoration and denial). For some, this is a matter of heritage, patrimony, and national identity. For others, it becomes manipulation, cultural invasion, and oppression.

Many countries have actively responded to claims of systemic injustice. Post-apartheid South Africa was one of the first to set up a truth and reconciliation commission, followed by several post-dictatorship countries, notably in Latin America. Both Canada and Australia are still working on reconciliation with their indigenous peoples. Such actions – public acknowledgement of crimes, transitional justice, and reparations – help build greater awareness of the issues at stake.

Contentious as they are, renaming streets, removing statues, repatriating museum holdings are to a certain extent cosmetic unless deeper problems are addressed. Racism, patriarchy, and misogyny embedded in social and cultural systems and structures – including language – have all shaped collective memory and attitudes.

It is heartening, therefore, when an international official speaks up publicly to condemn injustice and when public service media report the story in full. In July 2021, Valentin Inzko, the outgoing head of Bosnia’s Office of the High Representative (OHR) outlawed denial of genocide in Bosnia to counter attempts by the country’s Serbs to deny the scope of the 1995 massacre in Srebrenica – Europe’s only post-1945 genocide.

The OHR is the international body overseeing implementation of the peace agreement that ended the 1992-95 war in Bosnia. It has the authority to impose decisions or dismiss officials who undermine reconciliation efforts among the country’s different ethnic groups, especially its Bosniaks, who are predominantly Muslim.

As reported in The Guardian newspaper, Inzko decided to use his powers after Bosnia’s politicians failed to act, citing in particular a refusal by the Bosnian Serb assembly to withdraw decorations awarded to three convicted war criminals, including the country’s former wartime leader Radovan Karadžić, later convicted of genocide and sentenced to life imprisonment.

Even so, we see that public communication of protest, criticism, and ways of affirming human dignity can play a vital part in restoring a sense of justice to history.

Image: The fallen Christopher Columbus statue outside the Minnesota State Capitol after a group led by American Indian Movement members tore it down in St. Paul, Minnesota, on June 10, 2020. Photo: Tony Webster/Wikimedia Commons   and Flickr