Sensitization Programme in Support of Formulating Gender Guidelines for the Media
20391
post-template-default,single,single-post,postid-20391,single-format-standard,theme-bridge,bridge-core-3.0.1,woocommerce-no-js,qodef-qi--no-touch,qi-addons-for-elementor-1.5.6,qode-page-transition-enabled,ajax_fade,page_not_loaded,,qode-title-hidden,columns-4,qode-child-theme-ver-1.0.0,qode-theme-ver-29.2,qode-theme-bridge,qode_header_in_grid,qode-wpml-enabled,wpb-js-composer js-comp-ver-6.10.0,vc_responsive,elementor-default,elementor-kit-41156

Posted at 14:11h in One Year Projects by wacc_kn 0 Comments 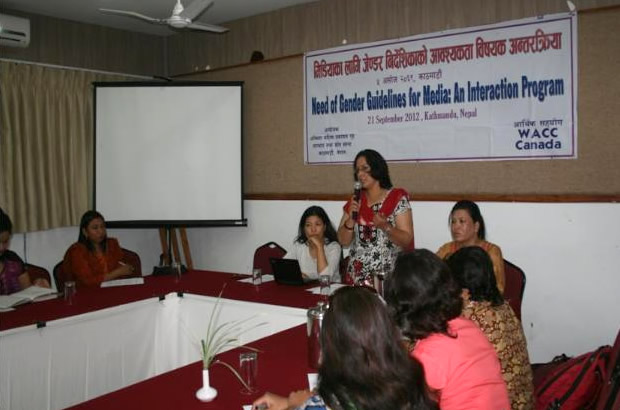 The immediate purpose of the project was to encourage local media producers and media organizations to formulate an internal gender guideline. It also intended to create positive environment towards formulating gender guidelines for media at national level with the support of Federation of Nepalese Journalists (FNJ). The project was initiated by ASMITA, a non-governmental organization visible in advocacy for gender equality, women’s human rights, empowerment and progress through mass communication. The programs conducted in all five districts and the capital city Kathmandu were highly welcomed by the participants- representative of various media houses, journalists, media persons, women rights activists and others. Journalists and the media organizations recognized the issue more seriously and realized the sharp need of internal gender guidelines.

Assessment: The expected outcomes were successfully achieved. Six sensitization programs in support of formulating gender guidelines for media were executed. The programs enhanced the knowledge and new insight in contemporary gender issues and applying gender sensitivity among most of the media persons who attended the programs. The programs were reported in over 35 news articles, features and editorials published. Women rights activists were pleased about the development of gender guidelines, which they judged to be an effective tool for balanced gender portrayal and women’s meaningful participation in media. Altogether 316 (112 female and 204 male) journalists/media educators/ media stakeholders/ women rights activists participated in the sensitization programs. 120 media owners and practitioners (37 female and 83 male) signed a declaration on gender equality and gender portrayal in media. The most important change brought about by the project is the transformation of mindsets of participants from media organisations and regulating bodies. They are now advocacy partners in lobbying for gender guidelines for media. Their conviction led them to demand draft gender guidelines. Two FNJ district branches (Ilam and Parsa) initiated formulation of gender guidelines and codes of conduct. Journalists from Ilam district decided to form a separate sub-committee to formulate the gender guidelines for media and implement it throughout the district. Those from Parsa district developed a gender code of conduct and are planning to disseminate it to all media houses in the district with a request to implement. At a personal level, many journalists committed to observe gender sensitivity and accountability to all in their reporting, writing, programs and other media productions. 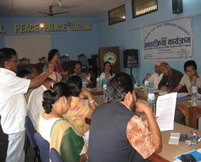 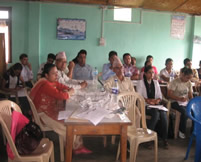 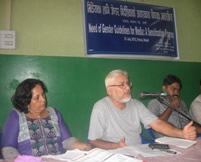