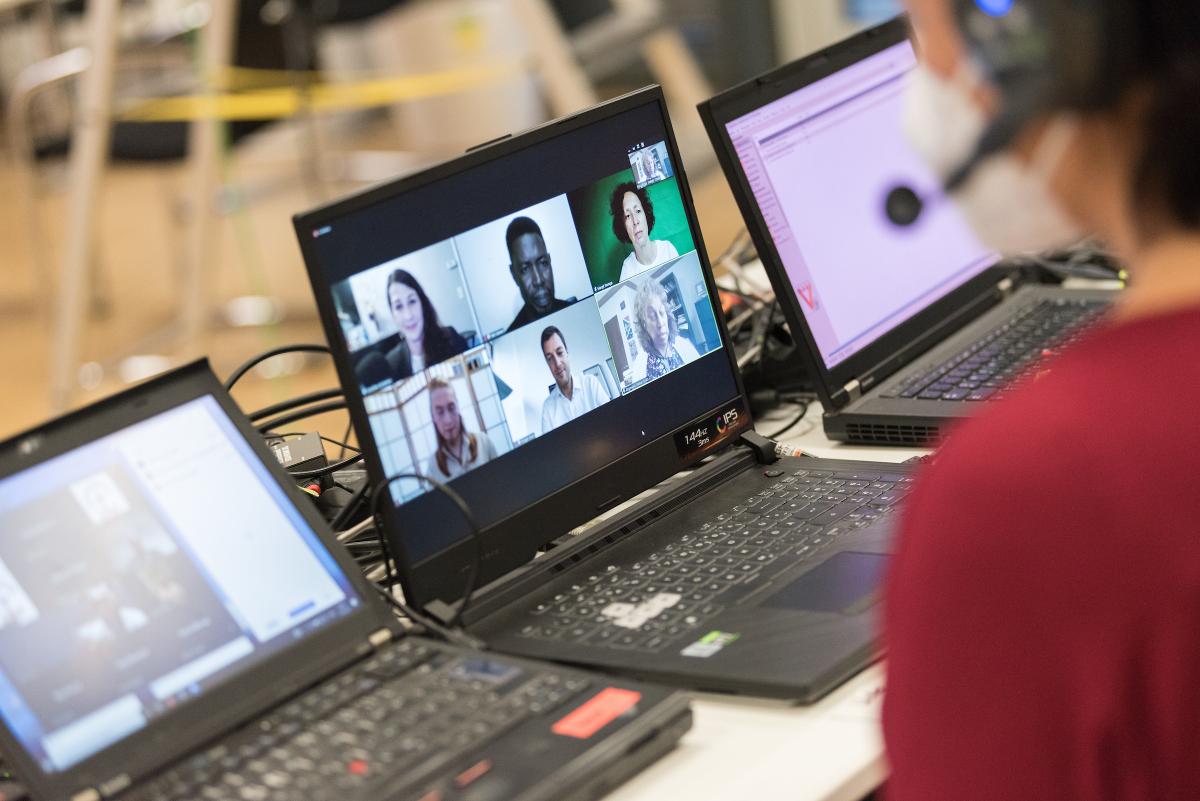 If digital social justice begins with connectivity, perhaps it ends when that connectivity is usurped by oppressive regimes, extremists, fake news and hate speech. A “press club”-style conversation on 13 September found theologians, politicians, church communicators, activists and journalists from around the world weighing in on the short but exceedingly complex question, “Digital instruments – Blessing or Curse?”

As she moderated the discussion, political scientist Geraldine de Bastion—whose work focuses on digital transformation and human rights—also posed additional questions that drew reflections from vastly different perspectives: What are you doing to protect activists? Do we lack interpersonal relationships? What are the effects of spreading hate speech?

“I would like to argue that social justice really begins with connectivity,” said de Bastion, as a way of beginning the conversation.

Margit Stumpp, member of the German Bundestag, agreed. “People need an easy access to basic hardware, software and access to an internet connection to participate,” she said. “It should be common that pupils get access to digital tools for participating. This is a main issue for politicians.”

In Nigeria, where large parts of society don’t have access to any digital network, the idea of digital rights is critical, said Felix Joseph Samari, a communications officer for the Lutheran Church of Christ in Nigeria, “because if people don’t understand the rights they have, there will be no room to even ask for such a right.”

Once people have access to a digital network, they have the potential to use it as a tool to seek justice—or to block justice seekers.

Speaking from the perspective of a theologian, Rev. Dr Angelique Walker-Smith, senior associate for Pan African and Orthodox Church Engagement at Bread for the World (USA), reflected that digital media helps people’s voices be heard in a way that can bring about a turn in the right direction in the fight for human rights.

Digital media can provide a way to issue an extremely painful wakeup call to the wider public. “They saw George Floyd actually die,” said Walker-Smith. “That is because there was a young woman there who pulled out her camera and said, ‘Okay, world, here’s what’s going on in our community.’”

Yet, Samari pointed out, “it means the digital platform that can be used for social justice is also feared by the government or institution that has the power to control it.”

Arnaud Böhmann, a climate activist who helps lead Fridays for Future in Hamburg, said his movement would absolutely not be possible without digital media. But he shares Samari’s concerns about activists being silenced by people or governments who find out what they’re doing—then target them through digital networks.

“This is not the same situation around the world,” said Böhmann. “We do wonder—what does it take until we become targeted by that? Is it enough if you have a thousand people on the streets? Where’s the limit? And that’s something that’s actually deeply concerning.”

Journalist Holger Starck—who was involved in the investigative reporting team that uncovered the Pegasus spyware story—has come to think of the control of digital networks as a kind of arms race. “Social movements empower themselves with these kinds of tools,” he said, “but it’s more or less out in the public that governments all have their own interest in tapping into other people’s conversations.” 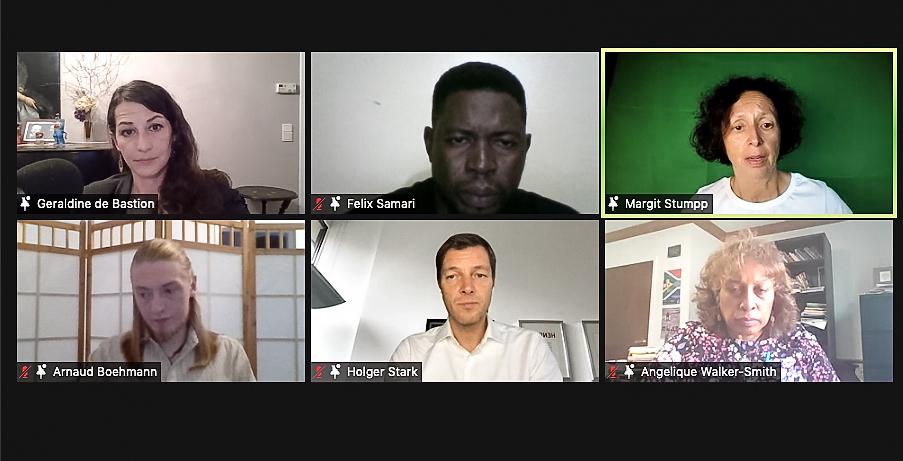 Speakers of the Press Club session of the international symposium on Communication for Social Justice in a Digital Age is held in Berlin, Germany. Photo: Albin Hillert/WCC

Formulating laws to protect people’s rights in the digital world is challenging, said policymaker Stumpp. “I think this discussion needs to be enforced because the next government will have to decide the rules—the laws to protect these civil rights in the digital world,” she said. “What is the minimum of expression and what is on the other side of the law?”

Push against the hate

What about fake news and hate speech? Churches—and all people of goodwill—need to push back against it, the group agreed.

“It is very important that churches help educate people and tell them that, just whatever you see—isn’t always true,” said Samari.

In part, that means advocating for better laws to protect digital spaces, said Walker-Smith: “I do think regulation matters.”

Walker-Smith added that churches and individuals can make a significant difference in stopping hate speech. “If it’s your best friend that sent that out, well, you’ve got some influence there,” she said.

Stumpp agreed, adding that she has seen firsthand the grave effects hate speech can have on people. “The women are touched very deeply with this, and they are targeted— female journalists, female politicians. We discuss, a lot, the line between regulation and censorship,” she said.

In fact, hate speech that targets women and others is a big reason why Böhmann said his generation has become disillusioned with the internet. “Many of our activists, especially young women, receive an incredible amount of hate speech online,” he said. “When you see that, when you read those messages, that’s the moment when you think: ‘We need to shut this down.’ ”

The group also agreed that it’s important for churches not to give up.

“You have fight harder,” urged Walker-Smith. “You have to advocate even stronger. You have to resist the untruths of how religiosity has been turned around to not support human rights.”

Starck also encouraged people to keep working toward digital justice. “I would strongly encourage everybody to push the ball into the field—and push harder,” he said. “Having this pressure from the streets is instrumental in political change and change in society.”

International symposium “Communication for Social Justice in a Digital Age”

Photo gallery from the symposium