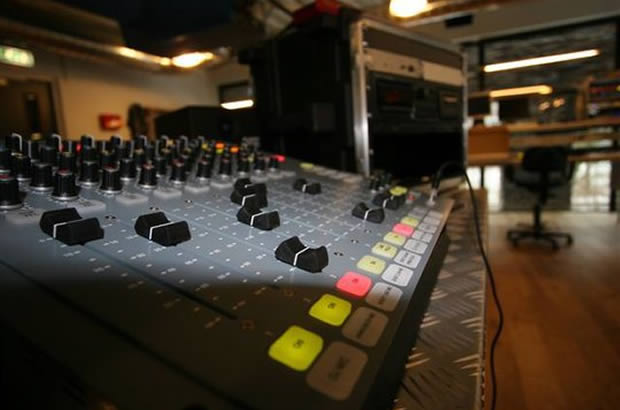 In Sierra Leone, a West African country still recovering from civil war, a church-operated radio station is about to hit the airwaves with messages of peace and reconciliation.

Radio Shalom, project of the Council of Churches of Sierra Leone (CCSL) and the Toronto-based World Association for Christian Communication (WACC), will broadcast from Freetown, the capital city. It hopes to reach nearly two million people in the area.

“We hope to dedicate a significant part of the programming to youth and messages of peace, reconciliation, non-violence and employment,” said Ebun James-Dekam, the church council’s general secretary.

The station is the “voice” of the 19 historical churches, according to Dekam, and will be non-partisan, objective and educational so that the existing trust and respect of the Christian denominations is maintained.

“The voice of the church is still respected and listened to,” said Dekam, who was interviewed by ENInews through email.

Radios provide space for ordinary people to voice their concerns and to be heard by decision makers, according to communication experts, but in Sierra Leone, many citizens who need information to rebuild lives are poorly reached by the technology. Stations there lack proper infrastructure after the destruction of the 1991-2002 civil war in which nearly 50,000 people were killed and thousands displaced.

“Although the civil war has been over for 10 years now, many of the reasons [for the war] continue to exist,” said Dekam.

“While the economy is projected to grow at an astounding rate this year [more than 30 percent] due to growth in the mining sector, there are questions being raised as to who is going to benefit. Will this growth be felt at the village level? Will the quality of life of the general public improve?” she said.

“There is general concern about the rising cost of living and its impact on the majority of the population–especially the urban and rural poor and the vulnerable sectors of the population. There has been growth in the agricultural sector, but food security and self-sufficiency in staple [foods, mostly rice] at the national level is not yet a reality.”

The civil war was fueled by the mining and export of illicit diamonds as well as economic and social factors.

Ahead of national elections in November, tensions are rising, but the church hopes to field at least 400 election observers.

During the polls, the station will broadcast information on electioneering, democracy and responsible citizens. The citizens will debate and discuss current affairs in live shows, noted Dekam.

Fundraising for station is continuing through www.globalgiving.com. In April, donations surpassed the initial target with Christians, churches, organizations and individuals across the world raising over $8,000.

“I am overwhelmed and grateful for the solidarity and support expressed by our members and partners around the world, who worked so hard to make this 30-day challenge a resounding success,” said WACC General Secretary, Rev. Karin Achtelstetter in WACC statement in April. WACC is providing the equipment, while the council will operate the station.